Methicillin Resistant Staphylococcus aureus (MRSA) is the most prevalent multi-drug resistant bacteria and a growing threat to health. bioMérieux, a world leader in the field of in vitro diagnostics, today launched NucliSENS EasyQ® MRSA, a new automated test for Methicillin Resistant Staphylococcus aureus (MRSA), one of the leading causes of healthcare-associated infections. NucliSENS EasyQ MRSA is CE marked and bioMérieux will be submitting for 510(k) approval with the U.S. Food and Drug Administration in the first half of 2010.

bioMérieux is actively driving the fight against healthcare-associated infections by getting the right information to clinicians rapidly with our molecular solution EasyQ MRSA. bioMérieux is now the diagnostics company with the most comprehensive MRSA product offering in the world,” said Stéphane Bancel, bioMérieux Chief Executive Officer. “At a time when reducing healthcare costs is paramount, we are proud to bring an automated molecular test that we are launching at an attractive price. More molecular tests for resistant bacteria, like VRE and C. difficile, will be launched in the future on our EasyQ platform.”

The incidence of MRSA, the most prevalent multi-drug resistant bacteria, has been rising steadily over the past decade worldwide and is now found in the community. In some countries, more than 60% of S. aureus cases in hospital intensive care units are now resistant not only to methicillin but also to other first-line antibiotics.1

Studies have shown that the frequency of MRSA transmission is reduced 38-fold if patients are identified and isolated.2 Systematic infection control measures, including MRSA screening reduces the MRSA rate by 50%.3 NucliSENS EasyQ MRSA is based on bioMérieux’s proprietary technologies, which allows the company to offer it at an attractive cost, contributing to the reduction of healthcare expenditures. It complements chromID™ MRSA, bioMérieux’s chromogenic media, which enables direct, color-specific visual observation of the bacterial colonies in patient samples.With these two products, bioMérieux now offers hospitals and healthcare providers cost-effective alternatives for all patient situations: emergency and routine.

NucliSENS EasyQ MRSA detects 7 MRSA types4, covering the most prevalent strains. The simultaneous detection of two targets, reducing the risk of a falsely positive result, improves its specificity and avoids re-testing, inappropriate antibiotic treatment and isolation of patients. The test provides rapid results, with a turnaround time of under three hours and the flexibility of being used for batch (46 tests) or stand-alone (1 test) screening.

This product launch is part of bioMérieux’s long-standing commitment to the fight  against bacterial resistance. bioMérieux recently funded with the U.S. CDC, a new study5 on the economic impact of antibiotic overuse and antibiotic-resistant infectionson the U.S. healthcare system by the Alliance for the Prudent Use of Antibiotics (APUA). bioMérieux also gathers leading experts at its biennial World Healthcare-Associated Infection (HAI) Forum as well as at regional symposia in countries around the world. 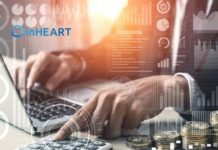 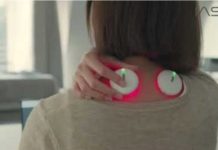 WellsCare to expand in Middle Eastern market with IASO launch

OMRON healthcare forays into telemedicine in India with PhableCare