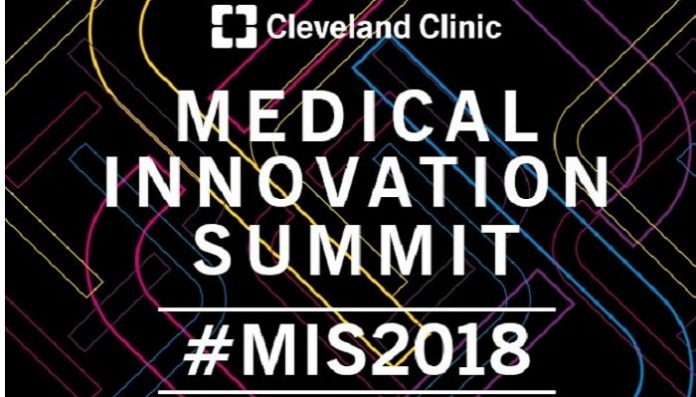 The list of up-and-coming technologies was selected by a panel of Cleveland Clinic physicians and scientists, led by Chief Wellness Officer Michael Roizen, MD. “Healthcare is ever-changing and we anticipate that innovations such as cancer immunotherapy and pharmacogenomics will significantly transform the medical field and improve care for patients at Cleveland Clinic and throughout the world,” Dr. Roizen says.

Here, in order of anticipated importance, are the Top 10 Medical Innovations of 2019:

The opioid crisis has been declared a public health emergency. Today, chronic pain is the leading cause of opioid prescription. Though several clinically validated alternative therapies for chronic pain exist, none have curtailed the crisis. Now, innovation and potential for hope comes by way of pharmacogenomic testing, which uses a patient’s genetic makeup to predict an individual’s metabolism of drugs, including some opiate-based drugs. Pharmacogenomic testing can be used to avoid adverse reactions and eliminate unnecessary and ineffective prescriptions, replacing them with more effective medications.

Pharmacogenomics can also be used to predict who may get little or no pain relief from using some opiate-based analgesics. Such patients might otherwise finish their prescription quickly and return for a new prescription earlier than expected. Pharmacogenomics can provide the opportunity to tailor medication therapy. In 2019, with increased access to genetic testing, pharmacogenomics is poised to make significant inroads into precision medicine and potentially end the crisis.

2. The Advent of AI in Healthcare
Once thought as a futuristic threat to humankind, artificial intelligence is now a part of everyday life. In healthcare, AI is changing the game with its applications in decision support, image analysis and patient triage. Today, AI is helping physicians make smarter decisions at the point of care, taking the hassle and uncertainty out of viewing patient scans, and reducing physician burnout. For instance, machine learning algorithms have the ability to highlight problem areas on images, aiding in the screening process. Additionally, with their ability to reduce clinical variation and duplicative testing while ensuring patient safety, decision support systems quickly make sense of the mountains of data within a physician’s EMR system. With AI’s continued integration into healthcare, caring for patients has become a matter of working smarter, not harder.

3. Expanded Window for Acute Stroke Intervention
When it comes to stroke intervention, a timely response is critical. Prolonged lack of blood flow following a stroke can cause irreversible destruction, often resulting in disability. In many cases of stroke, intervention methods can be deployed to save tissue. But until now, intervention of a stroke has only been recommended within a limited window of time. Released this past year, new guidelines suggest an expanded window for treatment. This lengthened timeframe is anticipated to lower the risk of disability and provide opportunity for recovery to an increased number of future stroke patients.

4. Advances in Immunotherapy for Cancer Treatment

Cancer immunotherapy, or biologic therapy, is a technique that uses the body’s own immune system to fight cancer. While immunotherapies for cancer have existed for some time, the worldwide work toward a cure for cancer continues to highlight new and novel immunotherapeutic targets. Scientists are creating life-changing new cancer treatments through the concepts of joint therapy and engineered T-cells. With the near daily discovery of new immunotherapeutic targets and biomarkers, it is the hope that effective therapies will soon exist for all tumor profiles.

Utilizing 3D printing technology, medical devices can now be matched to the exact specifications of a patient. Designed to be more compatible with an individual’s natural anatomy, devices modeled from patient specific dimensions have shown greater acceptance by the body, increased comfort and improved performance outcomes. The versatility provided by 3D printing gives medical practitioners the ability to provide patients the most advanced care, while simultaneously minimizing the risk of complication. Currently, the most significant work in this space includes external prosthetics, cranial/orthopedic implants, and customized airway stents for diseases narrowing the airway. Work in prosthetics and other bodily implants is also gaining speed with some cleared for the commercial market. The technology has also been found helpful in surgical planning. To date, the technology has been used for many complicated heart surgeries, and even the Cleveland Clinic’s most recent total face transplant. With its widening healthcare applications, 3D printing is increasing the attention to detail in patient care.

Virtual and mixed reality involve the use of computer technology to create simulated and hybrid environments. Popular for their gaming applications, virtual and mixed reality, with their futuristic affect, never fail to dazzle audiences. But VR/MR technology is much more than a game. These reality systems have recently caught the eye of healthcare professionals eager to sharpen their skills. Now popular for medical education, VR/MR programs provide simulation training that serves to enhance traditional medical schooling. With this immersive style of learning, VR/MR training appeals to all types of learners: audio, visual and kinesthetic. Education via simulation is a productive step toward the system’s most adept and confident healthcare providers.

Though less common than ischemic strokes, hemorrhagic strokes – during which blood escapes from a ruptured blood vessel in the brain – are responsible for nearly 40 percent of stroke deaths. Rapid diagnosis is necessary for effective treatment, as uncontrolled bleeding can lead to swelling of, and damage to, the brain. To speed diagnosis, healthcare professionals are using new, advanced technologies such as the hemorrhage scanning visor, which can detect bleeding in the brain. An efficient diagnostic tool, the visor for prehospital hemorrhage scanning serves to speed up diagnosis and the ever-important time to treatment.

Most surgeries performed today are the shortest and least invasive that science will allow. This adaptation in surgical methodology is brought about in part by the integration of robotics. Robots in the operating room provide surgeons with guidance for extreme precision in surgery. Today, surgical platforms are highly advanced and are being used anywhere from spine to endovascular procedures. Shortened recovery time and limited pain after surgery are just a few of the patient benefits seen with minimally invasive robotized surgery. Continued advancement in the field has led to more precise and effective surgeries with improved surgical outcomes.

Cardiac surgery today is less invasive and more routine and effective than its historic counterpart. Performed percutaneously — via a catheter through the skin — many cardiac procedures no longer require an open heart. Two such procedures performed this way include replacements and repair of both the mitral and tricuspid valves. Hot on the trail of aortic valve percutaneous intervention, recent percutaneous mitral and tricuspid valve intervention has yielded significant positive outcomes while filling a void in the field of heart surgery. The exploration of this technology in a greater patient population is ongoing, but with promising postop results, the innovation has significant implications for the future of cardiac care.

Akin to DNA-based gene therapies, RNA-based therapies are the newest innovation in labs nationwide and have shown immense potential. Interfering with genetic data at the ribonucleic acid (RNA) level gives scientists the ability to intercept a patient’s genetic abnormality before it is translated into functioning (or nonfunctioning) proteins. Today, the most popular and successful mechanisms of RNA therapy include antisense nucleotides and RNA interference. These new therapies are being explored in a variety of rare genetic diseases such as Huntington’s disease, as well as in cancer and neurologic diseases, with the hope of treatment by way of alternate genetic data. These new mechanisms of action are opening windows for progress and innovation in therapeutics. 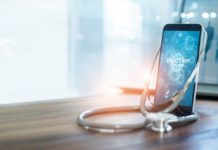 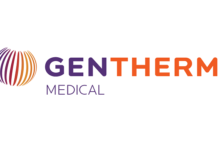 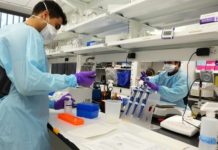