Santa was admitted to North Pole Community Hospital for observation after experiencing severe chest pains.  Apparently, the 187-year old man complained of being “stressed out” due to temperamental reindeer, slacker elves and a number of toy production mishaps.

“Tests showed that Santa’s problem was gastroesophageal reflux disease (GERD) or in layman’s terms, really bad acid reflux,” said Dr. Joy Noelle, Chief of Staff at North Pole Community Hospital. “Our immediate goal was to relieve his discomfort so he could make his annual Christmas Eve visit to all of the good girls and boys around the world.  We wanted to observe him overnight because we didn’t want to take any chances with a man of his age and celebrity status.”

During Santa’s overnight stay at North Pole Community Hospital, a nurse using the wireless, handheld IntelliDOT System averted a serious five rights-related medication error that could have had serious ramifications for Christmas 2008.

“First, I scanned Santa’s patient wristband with my IntelliDOT handheld to confirm his identity – even though I recognized those twinkling eyes and familiar ‘Ho Ho Ho’ right away,” said Holly Wreathe, RN.  “Next, I scanned the medication and got both a visual and audible alert indicating that it was not the prescribed drug.  I discovered that I had picked up the wrong drug from the medication cabinet by mistake – and it was one that would have caused a serious allergic reaction in Santa.  Without the IntelliDOT System to catch this error, Santa could still be in a hospital bed instead of out on his sleigh on Christmas Eve.”

A much jollier Santa was released from North Pole Community Hospital this morning in plenty of time to complete final preparations for his busiest night of the year.  “I think the IntelliDOT System is great and should be on every hospital’s Christmas list,” chuckled Santa in a cell phone interview.  “I’m so impressed with it that I’m considering adapting it to use in my workshop to ensure that the right presents go to the right child at the right time on the right route!”

The IntelliDOT System is a best-of-breed wireless, workflow manager that connects caregivers with the information systems they need at the point-of-care. Designed by nurses for nurses, the IntelliDOT System enables clinicians to perform safety checks and safely administer and document medications at the bedside using a lightweight, handheld device. The IntelliDOT System satisfies Joint Commission standards for patient identification and assures accuracy by verifying the five rights of medication administration: right medication, right dose, right route, right patient, right time; as well as ensuring required follow-up documentation, such as pain scale, is performed in a timely manner and accurately recorded. 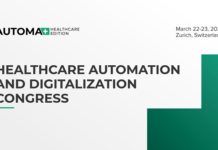 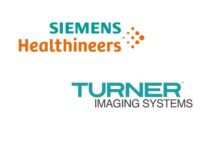 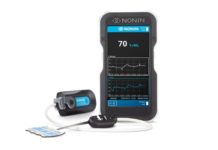