Home Knowledge Bank News Columbia Pacific Management Invests in 200-bed Orthopedic Hospital in Shanghai
Facebook
Twitter
Google+
Pinterest
WhatsApp
Columbia Pacific Management – one of the largest healthcare providers in Asia, with 28 hospitals in India and Southeast Asia and three senior care facilities in China – announced today it is officially entering the China hospital market with a major investment in a 200-bed orthopedic hospital in Shanghai.
The Seattle-based firm last fall announced it was building two 250-bed multi-specialty hospitals through its new China hospital arm, Columbia China, both set to open in 2018. The company also owns three outpatient clinics in Shanghai under the Columbia China name.
But the company’s investment in the 200-bed Kaiyuan Orthopedic Hospital in Shanghai’s Pudong District marks the first time that Columbia China will operate a hospital in China. The investment also positions Columbia China as a major player in Shanghai’s orthopedic services market. The hospital, which will eventually operate under the Columbia China brand, will offer the full range of orthopedic services, from joint replacement and arthroscopic surgeries to rehabilitation care. Over the next few years, the company will expand the hospital to 300 beds.
“Columbia Pacific is well positioned to meet the unprecedented demand for healthcare in China by delivering care and services that meet the highest international standards,” said Nate McLemore, the Managing Director of Columbia Pacific Management. “Our expertise developed over two decades in Asia will ensure that Columbia China’s Kaiyuan Hospital is an internationally recognized center of excellence for orthopedic care.”
The Kaiyuan hospital expands Columbia China’s presence in Shanghai. The company last fall opened a multi-specialty clinic in the central Puxi District and earlier this year opened a plastic and reconstructive surgery clinic in the Changning District. A second Columbia China plastic and reconstructive surgery clinic will open later this year in Shanghai’s Huangpu District.
Columbia Pacific has been operating in Asia for more than 20 years. The company is planning a significant expansion in China, similar to the network of hospitals the company owns in India and Southeast Asia through another affiliate, Columbia Asia.
In China, Columbia Pacific is focusing on large cities – Shanghai is 24 million people; the two greenfield hospitals under construction are in Wuxi (7.5 million) and Changzhou (3.5 million) – with hospitals and clinics designed to serve the wide-ranging medical needs of the country’s fast-growing middle class.
Columbia Pacific has strong ties to China. In 2011 the firm’s China senior care affiliate, Cascade Healthcare, became the first foreign-owned company to receive permission from the Chinese government to build senior care facilities in China and now has three facilities: one in Beijing and two in Shanghai.
For its entry as a China hospital operator, Columbia Pacific is using expertise gathered not just in Asia but over decades in the U.S. healthcare industry. Columbia Pacific’s Chairman, Daniel R. Baty, is a pioneer in the senior living industry in the U.S. and Europe. He is one of the founders of Emeritus Corp., which merged in 2014 with Brookdale Senior Living for $2.8 billion; and a co-founder and former Chairman of Holiday Retirement, one of the largest independent senior living companies in the world.
The first Columbia Asia hospital opened in Malaysia in 1994 and the network has since grown to 28 hospitals in India and Southeast Asia. The hospitals are designed to serve Asia’s rapidly growing middle class with modern and efficient multi-specialty hospitals located close to where patients live and work.
Besides the orthopedic hospital, the two hospitals under construction and the three clinics, Columbia China is actively pursuing other hospital opportunities through acquisitions and greenfield projects. 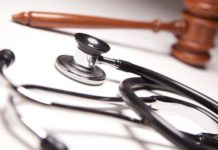