That compares with the 6.4 million people who signed up or were automatically enrolled at this time last year, U.S. Department of Health and Human Services Secretary Sylvia Burwell said during a conference call.

The enrollment figures come at a time when expectations for 2016 sign-ups have been tempered. The government has said it expects total enrollment of 10 million people via both HealthCare.gov and the state-based exchanges at the end of 2016, about half of what its 2016 estimate had been earlier this year.

Large health insurers have been lukewarm on the market, saying it is a challenge to make money there.

Health insurer UnitedHealth Group Inc said last month that the low enrollment and high medical costs of those covered through the exchanges were causing the company to lose money. It said it would have to review its participation in the two dozen states where it sells plans next year.

The 8.2 million people signed up or automatically re-enrolled in a plan as of Dec. 19 will have coverage effective Jan. 1. Enrollment remains open through the end of January.

On Friday, the government announced that enrollment was running faster than last year and that 6 million people had signed up through Dec. 17, and shares of insurers rose.

Shares of Aetna Inc, UnitedHealth and Anthem Inc all rose slightly on Tuesday after the government announced the most recent data.

The government said it estimated that more than 9.1 million people were enrolled for health coverage through HealthCare.gov and the state-based exchanges at the end of 2015.

Of the 9.3 million people who were enrolled at the end of September, about 84 percent received subsidies, the government said. The average subsidy was $271 per month. Enrollment fluctuates as people gain or lose employment-base insurance or have a change in status, such as becoming married. 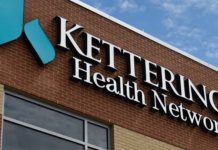