Sono-Tek Corporation is pleased to announce that Sono-Tek has entered into an agreement with Avior Bio Incorporated for Sono-Tek ultrasonic coating equipment to be used in the Avior product development and future manufacturing process. Avior Bio procured Sono-Tek’s medical device coating machine which will be paid for through a combination of cash and Avior Bio equity. Terms of the transaction were not disclosed.

According to R. Stephen Harshbarger, Sono-Tek’s President, “Avior Bio is developing a powerful technology in the nano and microparticle drug delivery arena. The Speedit™ transmucosal film technology is unlike anything else Sono-Tek has seen among its customers, and Avior is using that technology to develop its first product in the target market of chronic kidney disease (CKD). The founder and CEO of Avior, Dr. Niraj Vasisht, has a proven track record of success. We are excited to have Sono-Tek coating machinery used in the Speedit™ manufacturing process, and to be an early investor in Avior.”

The CEO of Avior Bio Incorporated, Dr. Niraj Vasisht, commented, “Sono-Tek is well known for its precision medical device coating machinery. Sono-Tek’s ultrasonic spray technology offers Avior the ability to make uniform and well controlled microparticles in support of our patent-pending Speedit™ technology. After working at Sono-Tek’s laboratory with their talented applications engineering team, and upon successful completion of our proof-of-concept trials, we are thrilled that this custom-designed coating machine will enable Avior’s clinical trial material manufacturing up to Phase II clinical program. Partnering with a long-established coating manufacturer and process application experts will help to expedite our product and process development timelines.”

Sono-Tek Corporation is a leading developer and manufacturer of liquid spray products based on its proprietary ultrasonic nozzle technology. Founded in 1975, the Company’s products have long been recognized for their performance, quality, and reliability. Sono-Tek ultrasonic spray systems are proven in a wide range of precision spray applications worldwide, including implantable medical device coatings such as stents, printed circuit board spray fluxing, semiconductor coatings, solar and fuel cell manufacturing, thin film glass deposition, food and other industrial coatings applied to any width production lines. Sono-Tek’s environmentally friendly ultrasonic spray systems feature up to an 80 percent reduction in spray material, and dramatic reductions in waste and energy consumption.

Avior is seeking approval of AV104 through an NDA submission in 2Q2023 via a 505b2 regulatory roadmap. Avior has been funded by several private investors, including Quality Chemical Laboratories, National Institute of Health, and North Carolina Biotechnology Center (NCBC). 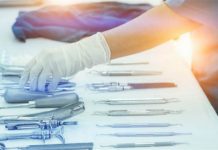 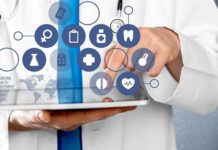 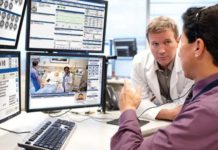