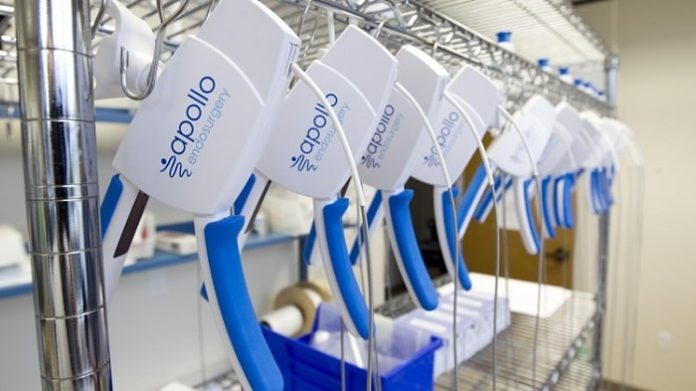 Apollo Endosurgery Inc, a global leader in less invasive medical devices for gastrointestinal and bariatric procedures, announced that it has received 510(k) clearance from the U.S. FDA for its Polypropylene Suture-Anchor Assembly for use specifically with the OverStitch Endoscopic Suturing Systems. This proprietary suture-anchor implant is used as part of Apollo’s OverStitch™ and OverStitch Sx Endoscopic Suturing Systems to pass and anchor suture in the gastrointestinal tract.

Apollo is currently distributing a suture anchor that is manufactured by a third party according to Apollo design specifications. “Obtaining 510(k) clearance for our own proprietary suture-anchor component is expected to improve our gross margins, and allow us greater control over the supply of our suture by reducing our dependency on third party suppliers. This will be key as we seek to expand into new OverStitch markets outside the United States,” stated Todd Newton, Apollo’s Chief Executive Officer.