We are pleased to bring this proven technology to physicians in the United States," said Hank Kucheman, Senior Vice President and Group President of Boston Scientific's Cardiovascular business. "Excellent patient outcomes and ease of use in complex anatomy have already made this system the number-one stenting option for treating carotid artery disease in Europe and other countries outside the U.S. It offers a less-invasive alternative to surgery for treating carotid artery disease, and can help reduce the risk of stroke, which can have devastating effects.

The Carotid WALLSTENT is a self-expanding stent mounted on a rapid exchange delivery system, designed to re-open the carotid artery by treating stenoses, and improve blood flow to the brain. The stent features a closed-cell design, engineered for excellent lesion coverage and angiographic results. The system is designed to be highly deliverable and provide access to the toughest lesions.

It is used in conjunction with the FilterWire EZ™ Embolic Protection System, which is designed to capture plaque debris released during the stenting procedure, preventing it from traveling to the brain, where it could create an increased risk for stroke. The device features simplified filter sizing – accommodating vessel diameters between 3.5 mm and 5.5 mm – and offers efficient preparation, deployment and retrieval.

The Carotid WALLSTENT Endoprosthesis with the FilterWire EZ System is the only carotid artery stent system approved in the United States with an indication that includes the treatment of bilateral carotid artery disease (blockages in the carotid arteries on both sides of the neck).

The carotid arteries are the main conduits through which blood flows from the heart to the brain. Carotid artery disease occurs when fatty plaque builds up inside the vessels, causing them to harden and narrow, which increases the risk of stroke. Most patients with carotid artery disease are treated with carotid endarterectomy, a surgical procedure involving an incision in the neck and removal of the plaque from the vessel walls. Carotid artery stenting is a less-invasive alternative in which a stent is delivered to the site of the blockage and expanded, forcing open the walls of the arteries and restoring blood flow.

Boston Scientific is a worldwide developer, manufacturer and marketer of medical devices whose products are used in a broad range of interventional medical specialties. For more information, please visit: http://www.bostonscientific.com 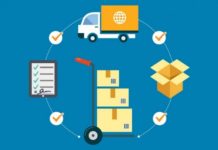