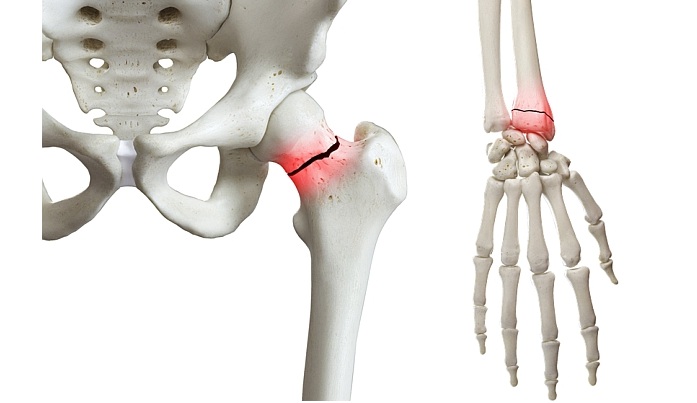 More than 50 per cent of the world’s hip fractures are expected to occur in the Asia Pacific by the year 2050. In a strong effort to stem the tide, and to promote quality care in osteoporosis, the Asia Pacific Consortium on Osteoporosis (APCO) has launched a world-first, interactive, educational osteoporosis resource – the APCO Health Care Professional (HCP) Peer to Peer Educational Modules – today, to mark World Osteoporosis Day.

The survival of those who sustain an osteoporotic fragility fracture is significantly compromised for up to six years, with patients facing twice the risk of death within the first year. Furthermore, a prior fracture at any site doubles a person’s risk of refracture. Yet despite these alarming statistics, more than 80 per cent of fragility fracture patients are neither assessed, nor treated, placing a substantial, but importantly, preventable burden on already strained healthcare systems. This is despite the extensive availability of safe and effective osteoporosis management strategies.

The APCO HCP Peer to Peer Education Modules will offer physicians a comprehensive, evidence-based resource encouraging widescale implementation of the minimum clinical standards of care for osteoporosis advocated in The APCO Framework. This will enable the delivery of best practice osteoporosis care throughout the Asia Pacific – the world’s fastest ageing region.

According to APCO Chairperson, and Director of the Osteoporosis and Bone Metabolism Unit, Singapore General Hospital, Dr Manju Chandran, Singapore, there are significant inconsistencies in clinical practice guidelines in the Asia Pacific for the management and prevention of osteoporosis and fragility fractures. These guidelines vary extensively in scope and recommendations. There is also a lack of information available on adherence to national guidelines in daily clinical practice.

“It is to address this care gap, that APCO has developed an interactive, 17-module educational series today, to arm osteoporosis champions in the Asia Pacific, with information, supporting data, topical literature summaries, and best practice examples that support and emphasise each of The APCO Framework’s 16 minimum clinical standards and emerging themes in osteoporosis care.

“Increasing awareness and education among healthcare professionals in the Asia Pacific is imperative to bringing change to the real-world clinical practice of osteoporosis care and fracture prevention,” said Dr Chandran.

“An overwhelming 319 million people aged 50 years and over from the Asia Pacific are projected to be at high risk of osteoporotic fracture over the next two decades, while more than half of the world’s hip fractures are expected to occur in the region by 2050,” Dr Chandran said.

“Singapore, where I live, for instance, has one of the highest hip fracture rates in the world, with a four-to-five-fold increase in incidence noted over a recent 30-year period.

After one year, two in five people who sustain a hip fracture will be unable to walk independently, while two-thirds will encounter difficulty performing at least one essential daily task.

In India alone, the direct medical costs of hip fractures was an estimated USD 256 million in 2018, the costs for which are projected to increase to USD 612 million by 2050.

“Given the anticipated exponential growth in fragility fractures due to the Asia Pacific region’s rapidly ageing population, mass urbanisation, and our increasingly sedentary lifestyles, we must act now.

“Osteoporosis experts can use the new APCO HCP Education Modules either in full, or in part, to inspire and further inform their peers and professional communities on those at high-risk for fracture who require identification and assessment, based on their medical and fracture history, risk factors, co-occurring diseases, country-specific osteoporosis screening tool results, and falls risk.

“Supporting data on the administration, duration, monitoring of, and adherence to, various treatment interventions and their associated side-effects, as well as the critical need for long-term management plans, also feature in the APCO modules,” said Dr Chadha.

Osteoporosis is vastly under-diagnosed and under-treated. Disturbingly, millions of people worldwide at high risk of fracture remain unaware of this underlying, silent disease. Championed by the International Osteoporosis Foundation (IOF), World Osteoporosis Day is dedicated to raising global awareness of the importance of prevention, diagnosis and treatment of osteoporosis and musculoskeletal diseases.

“This World Osteoporosis Day, we encourage healthcare providers, policy makers, patients, members of the public, and the media on a global, regional and national stage, to recognise the monumental human and socio-economic burden of osteoporosis, and the severe impact of fractures on a patient’s independence and quality of life,”

“One of the emerging osteoporosis themes outlined in the APCO HCP Education Modules, is the importance of Asia Pacific-wide systemic integration of case identification and management at all levels of health systems, including acute care services, when patients present with fractures through Post Fracture Care Coordination Programs, such as Fracture Liaison Services (FLS).

“These coordinated systems of care aim to identify, treat and monitor patients presenting with a fragility fracture. Intervention can reduce fractures by up to 50 per cent, deliver substantial financial savings, and ultimately, save lives,” said Dr Halbout.

“Today’s launch of the APCO Education Modules demonstrates the organisation’s ongoing commitment to achieving greater consistency in national and regional clinical practice guidelines for the screening, diagnosis, and management of osteoporosis in the Asia Pacific.”

About APCO
The Asia Pacific Consortium on Osteoporosis (APCO) comprises osteoporosis experts from 19 countries in the Asia Pacific, charged with developing tangible solutions to the substantive challenges involving osteoporosis management and fracture prevention in this most populated and fastest growing part of the world. APCO’s mission is to engage with relevant stakeholders, including healthcare providers, policy makers and the public, to help develop and implement country and region-specific programs for the prevention and treatment of osteoporosis, and its complication of fragility fractures, in the Asia Pacific. 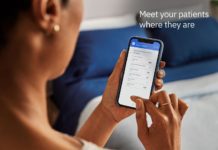