Doctors in the Netherlands have developed new ways to perform radiosurgery on benign acoustic tumors using fast and precise RapidArc™ radiotherapy technology from Varian Medical Systems (NYSE: VAR). This is among the findings in several papers published by the team at VU University Medical Center in Amsterdam.

Doctors in the Netherlands have developed new ways to perform radiosurgery on benign acoustic tumors using fast and precise RapidArc™ radiotherapy technology from Varian Medical Systems (NYSE: VAR). This is among the findings in several papers published by the team at VU University Medical Center in Amsterdam.

Radiation oncologist Dr. Frank Lagerwaard and his team compared RapidArc with five-arc dynamic conformal arc radiosurgery for vestibular schwannoma, a benign tumor that affects hearing and balance. “Treatment delivery time after patient setup was less than five minutes versus 20 minutes for dynamic conformal arc radiosurgery,” says Dr. Lagerwaard. “We found that RapidArc planning was completed within 30 minutes in all cases.”

His team found that the RapidArc plans consistently achieved greater conformity and a reduction in areas of low-dose irradiation compared to conventional radiosurgery. “This, together with the benefits of shorter treatment times, allows us to replace our conventional five-arc radiosurgery technique for vestibular schwannomas with RapidArc,” added Dr. Lagerwaard.

RapidArc delivers a precise and efficient treatment in single or multiple arcs of the treatment machine around the patient and makes it possible to deliver image-guided intensity-modulated radiotherapy (IMRT) two to eight times faster than is possible with conventional IMRT. Faster treatments allow for greater precision, since there is less chance of patient or tumor movement during treatment delivery and, with less time on the treatment couch, also allow for greater patient comfort.

Dr. Ben Slotman, chairman of the hospital’s department of radiation oncology, says, “In the past we treated about fifteen percent of patients with IMRT but now use RapidArc for a much larger number of IMRT indications. In addition to standard head and neck and prostate treatments, a range of new indications, such as whole brain radiotherapy with simultaneous boost to multiple brain metastases, pelvic tumors and small lung tumors are now being treated with RapidArc.

“Our experience so far is that RapidArc planning and delivery is considerably faster than alternative methods,” added Dr. Slotman. “We are expanding the range of cancers for which we use RapidArc and we believe we can replace our full stereotactic radiotherapy program with RapidArc, just as has happened with IMRT.”

Previous findings by Dr. Wilko Verbakel, medical physicist, describing how RapidArc plans could deliver better dose distributions than is achievable with conventional IMRT for head and neck tumors in less than three minutes, has now been substantiated by actual clinical data on more than 100 such patients who have received RapidArc for this indication.

Similarly, a publication in production on small primary lung tumors by Dr. Verbakel describes how clinical delivery of RapidArc for stereotactic radiotherapy could be completed in as little as ten minutes.

In the year since RapidArc was installed at VU University Medical Center, more than 300 cancer patients have been treated using this fast and precise treatment technology.

“VU University Medical Center was one of the first hospitals in the world to introduce RapidArc a year ago and to my knowledge, no other hospital has treated as many patients with this technique,” says Rolf Staehelin, Varian’s European marketing director. “Our sincere congratulations to everyone in the team at VU for making this happen so quickly. They are carrying out some pioneering work that is making radiotherapy treatments faster and more precise.”

Varian Medical Systems, Inc., of Palo Alto, California, is the world’s leading manufacturer of medical devices and software for treating cancer and other medical conditions with radiotherapy, radiosurgery, proton therapy, and brachytherapy. The company supplies informatics software for managing comprehensive cancer clinics, radiotherapy centers and medical oncology practices. Varian is a premier supplier of tubes and digital detectors for X-ray imaging in medical, scientific, and industrial applications and also supplies X-ray imaging products for cargo screening and industrial inspection. Varian Medical Systems employs approximately 5,100 people who are located at manufacturing sites in North America, China, and Europe and in its 79 sales and support offices around the world. For more information, visit http://www.varian.com/ 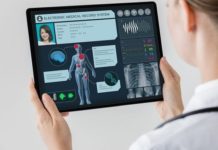