The new R Series BLS and R Series Plus are designed to extend simple, smart and ready defibrillation to every hospital department with advanced, cost-effective solutions for resuscitation. The R Series BLS is a simple, easy-to-use AED that becomes a full-featured, advanced life support device for critical care at the touch of a button. The R Series Plus, which has both AED and ALS capabilities at the touch of a button, also has networking capabilities and See-Thru CPR®, which allows the professional rescuer to view a patient’s underlying cardiac rhythm during resuscitation efforts without the need to stop compressions to see if defibrillation was successful. Like all other ZOLL defibrillators, these models provide the Real CPR Help® feature that provides real-time feedback on the rate and depth of chest compressions. Both the BLS and Plus models have full CE marking and are available in English, French, Italian, German, Danish and Finnish.

The original R Series ALS, launched in November 2006, and these two new models, all use the same uniform operating system common to ZOLL defibrillators. The cables, paddles, batteries, handles, and electrodes are also common to ensure that clinicians will not encounter a mismatch during a code.

In addition, all R Series models can use wireless networking to ensure code-readiness.  Based on standard 802.11b WiFi technology, the R Series automatically sends a status of its state of readiness at a programmed time. Early notification maximizes patient safety by letting the clinician intervene before the defibrillator is needed for a code.

While defibrillators rarely fail, their readiness can be compromised if someone forgets to plug it in, a cable is missing, or the electrodes are old and dried out. With WiFi, when the state of readiness is compromised, an automated notification can help restore code readiness with unmatched efficiency by troubleshooting from any PC on the hospital network.

“ZOLL’s advanced technology in the R Series platform helps ensure readiness any time a code occurs,” said Richard A. Packer, Chairman and Chief Executive Officer of ZOLL. “Since defibrillators are widely distributed throughout hospitals, and their use is both infrequent and extremely critical, code readiness helps clinicians save more lives.”

The R Series is a Code-Ready® device that is simple, smart, and ready to use. It offers a OneStep™ system to simplify and speed up deployment of pacing and defibrillation therapy. It also offers smart tools to help clinicians improve CPR performance, which is important since more than half of in-hospital codes involve non-shockable rhythms and, in such cases, the only treatment is high-quality CPR with minimal interruptions.

The R Series can also verify the condition and expiration date of the electrode set. All of this testing occurs without disconnecting electrodes or paddles, or requiring additional equipment to test shock delivery. The system provides a printed or electronic log to alert hospital personnel of any concerns in advance of a code. A simple green checkmark indicates that the R Series is fully ready for use.

ZOLL Medical Corporation is committed to developing technologies that help advance the practice of resuscitation. With products for pacing, defibrillation, circulation, ventilation, and fluid resuscitation, ZOLL provides a comprehensive set of technologies, including Real CPR Help and See-Thru CPR, that help clinicians, EMS professionals, and lay rescuers resuscitate sudden cardiac arrest or trauma victims. ZOLL also designs and markets software that automates the documentation and management of both clinical and non-clinical information.

ZOLL markets and sells its products in more than 140 countries. The Company has direct operations, distributor networks, and business partners throughout the U.S., Canada, Latin America, Europe, the Middle East and Africa, Asia, and Australia. During 2008 ZOLL marked the 25th anniversary of the company’s resuscitation product development. For more information, visit http://www.zoll.com 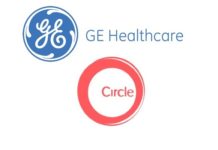 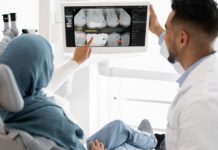