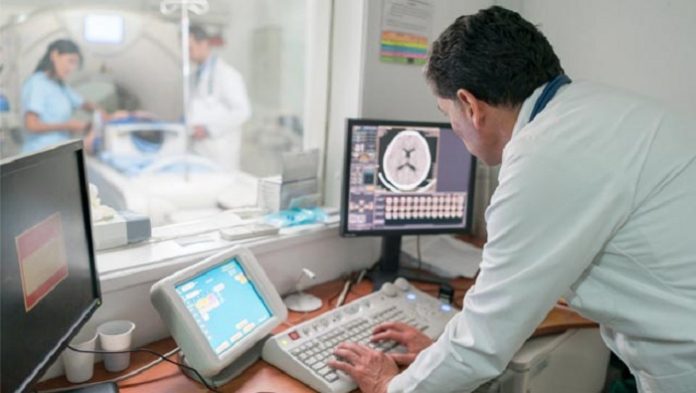 Cancer has long struck fear in the minds of patients and their families. Through much of human history, the scourge of cancer most often led to death. But thanks to many factors, a large number of cancer patients today can expect to recover from this increasingly treatable illness.

The National Cancer Institute of the United States estimates that the relative five-year survival rate for people with cancer has increased to 60 percent. This achievement is due, at least in part, to significant advances over the last 50 years in the technology for treating cancer with radiation.

Cancer has long struck fear in the minds of patients and their families. Through much of human history, the scourge of cancer most often led to death. But thanks to many factors, a large number of cancer patients today can expect to recover from this increasingly treatable illness. The National Cancer Institute of the United States estimates that the relative five-year survival rate for people with cancer has increased to 60 percent.

This achievement is due, at least in part, to significant advances over the last 50 years in the technology for treating cancer with radiation.

While radiation therapy technology has progressed considerably in the last half-century, the basic goal of such treatment is unchanged: To target and kill cancer cells while exposing the surrounding healthy tissue to as little radiation as possible.  Virtually all of the advances in radiation therapy have worked to achieve a more successful clinical outcome by increasing the intensity, precision, and accuracy of a radiation beam.

Early Forms of Radiotherapy
Radiation therapy was first introduced as a palliative treatment for cancer in the early 1900s. Devices, using primitive X-ray tubes, generated low energy radiation that was not sufficient to provide a cure or to even to penetrate the body very deeply. The best hope for a patient was for the radiation to shrink the size of the tumor and provide some measure of pain relief.

Around 1913, radium was being mined in America and General Electric used it to create a 140 KV radiation source that was used to treat superficial cancers of the breast, head, and neck lymph nodes.  The radium was put into small tubes and inserted directly into cancers or into body cavities containing cancer.  But naturally-occurring radium was scarce and costly.  Researchers later discovered how to use cyclotrons and nuclear reactors to produce synthetic “radium” and other radioactive elements for cancer treatment.  After World War II, the cobalt machine, which used the reactor-produced isotope cobalt 60 (60Co) to generate X-ray energies of about 1.2 million volts (MV), arrived on the scene.

The Modern Medical Linear Accelerator
Modern radiation therapy traces its origins to the invention of the “klystron” tube by brothers Russell and Sigurd Varian in 1937. First used in radar systems, the kystron could accelerate electrons through a vacuum tunnel to nearly the speed of light.

In the early 1950s, Dr. Henry Kaplan, head of Stanford University’s Department of Radiology, proposed that a linear accelerator, or “linac,” be specifically designed to generate high energy X-rays to bombard a cancerous tumor.  The Varian brothers and several colleagues, who had formed a company called Varian Associates, developed a machine based on the klystron tube.  It accelerated electrons and crashed them into a metal (usually tungsten) target to generate photons, or X rays, with very high energies.   The first Varian medical linac produced an X-ray beam of 6 MV.

The new medical linac subsequently underwent a variety of transformations.  In the late 1960s, Varian introduced an innovative “standing wave guide” that reduced the size, cost, and complexity of these machines and made them economically competitive with cobalt machines.

In the early 1970s, another important innovation, the “gridded electron gun,” allowed precise dose regulation and very rapid beam stabilization, capabilities that were essential to the later development of today’s most advanced forms of treatment, such as intensity-modulated radiation therapy and RapidArc™ volumetric radiation therapy.   By this time, medical linear accelerators could produce X-ray beams of up to 18 MV, and by the early 1980s, a patented energy switch was added, making it possible to operate the accelerator at either of two widely separated energy levels.  Varian’s “C” series Clinac® linear accelerators, introduced in 1989, put beam generation and movements fully under computer control.  The company’s latest Clinac® and Trilogy® machines, as well as the Novalis Tx™ for radiosurgery, made in partnership with BrainLAB, offer a 4 6 to 25 MV spread of X-ray energies and deliver a radiation dose rate of up to 1,000 monitor units (MU) per minute.

Beam Shaping Technology
During the evolution of the linear accelerator, another line of development focused on strategies for improving accuracy.  Early linacs generated X-ray beams that were rectangular or square in shape and were directed at the tumor from two to four different angles.  Naturally, tumors themselves are not square or rectangular, and so, these beams invariably encompassed some of the surrounding healthy tissues, resulting in unwanted side effects.  This made it necessary for doctors to minimize the damage by using less-than-optimal therapeutic doses.

Improvements were attained in the 1970s, when custom-molded, lead-alloy blocks and wedges were placed in the path of the beam to shape them so that they more closely matched the two dimensional profile of a targeted tumor. This spared some healthy tissue but the process was highly labor-intensive and time-consuming.  The blocks were very heavy, had to be individually manufactured for each and every patient, and then, during treatment, loaded in and out of the machine by the radiation therapist.

In the 1990s, Varian achieved a significant advance with the development of its Millennium™ multileaf collimator (MLC), a special beam-shaping device.  Today, Varian’s highest resolution MLC has 120 computer-controlled slats or “leaves” that can be individually adjusted to shape the aperture through which the radiation beam passes.  By changing the beam shape over time while delivering radiation, clinicians achieve very fine control over how, and where, the radiation is administered, and precisely conform the beams to the shape of the targeted tumor.  The enhanced precision enabled radiation oncologists to boost the dosage of the X-ray beam to more effective treatment levels, improving outcomes and limiting side effects.

The IMRT Revolution
Parallel developments in software controls and the use of diagnostic imaging led to another leap forward: intensity-modulated radiation therapy, or IMRT.  IMRT is based on the inverse treatment method approach in which the computer is asked to design the optimal approach for achieving the desired dose distribution using intensity-modulated radiation beams and a given number of beam angles.  The adjustable leaves of the MLC are used to control not only the shape of the beam, but also the exposure duration for small segments of the tumor, effectively “modulating” the dose within the treatment area. Using this approach, higher doses can be concentrated in some parts of the tumor while lower doses can be used in other areas where nearby sensitive tissues need protection.

Since the early 2000s, further advances have made IMRT treatments even more accurate and faster to deliver.  Image-guidance technology has improved tumor targeting by enabling clinicians to pinpoint the exact location of the tumor just prior to each daily treatment, effectively dealing with interfraction changes in tumor position and set-up uncertainties.  And innovations like Varian’s RapidArc™ radiotherapy technology reduce the time it takes to deliver a precisely-shaped treatment beam to just under two minutes, with just a single rotation of the linac around the patient.  Other important advances are making it possible to measure and compensate for tumor motion due to respiration.

Stereotactic Strategies in Radiation Oncology
With technology enhancing the precision and the accuracy of treatments, radiation oncologists have become increasingly interested in using extremely accurate stereotactic approaches to deliver higher doses more precisely over a smaller number of treatment sessions.  Conventional fractionation schedules, designed many years ago when treatments were less precise so that normal tissues would have the best chance of recovering, are being revisited, as stereotactic body radiosurgery (SBRT) is investigated as a potentially viable approach for treating small lesions of the lung, liver, and other areas of the body.

Looking Toward the Future
While predicting the future is difficult at best, there are trends poised to bear fruit and further enhance clinicians’ ability to extend life for cancer patients and offer them a higher post-treatment quality of life.  Among the likely coming advances, I believe we’ll see:

Eventually, personalized forms of cancer treatment will use comprehensive physiological, anatomical, cellular, and metabolic image data to design a patient’s treatment.  New, optimized combinations of radiation, surgery, and targeted chemotherapy, including radioresponse enhancers, will have to be worked out for the different forms of cancer.  With further advances, for many more patients diagnosed with cancer, we hope to turn what was once a sure killer into a manageable disease. 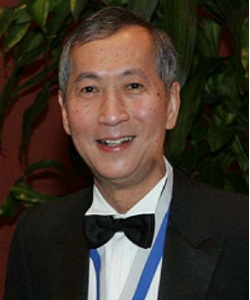