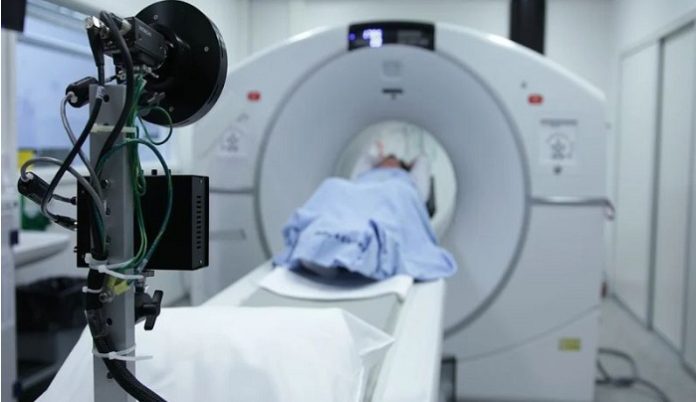 Axonics Modulation Technologies, Inc., a medical technology company that has developed and is commercializing novel implantable sacral neuromodulation (SNM) devices for the treatment of urinary and bowel dysfunction, today announced that it has received U.S. FDA approval under a premarket approval supplement for 3T full-body magnetic resonance imaging (MRI) conditional labeling for the Axonics r-SNM System®.

In September 2019, the FDA approved the Axonics r-SNM System with full-body conditional labeling for 1.5T MRI scanners. With this incremental approval for 3T scans, the Axonics device continues to be the only SNM system available in the United States that is MRI compatible for both 1.5T and 3T full-body scans.

Raymond W. Cohen, CEO of Axonics, commented, “This FDA approval allows Axonics to provide healthcare professionals with more choices in selecting the optimal MR scanner for their patients’ imaging needs. The 3T MRI approval came several months earlier than expected and follows a number of recent FDA approvals, including our new wireless patient remote control with SmartMRI™ technology and our next generation implantable neurostimulator that extends the interval between recharging to once per month.”

Mr. Cohen continued, “These approvals underscore Axonics’ commitment to providing best-in-class SNM solutions for patients, clinicians and the healthcare system. Since the introduction of the Axonics r-SNM System in late 2019, implanting physicians are telling us that more of their patients are saying ‘yes’ to SNM therapy than ever before. We expect SNM to become the preferred therapy for patients suffering from overactive bladder and bowel dysfunction and we remain confident that our keen focus on innovation and increasing patient awareness will significantly expand the SNM market in the years ahead.”

Axonics, based in Irvine, Calif., has developed and is commercializing novel implantable SNM devices for patients with urinary and bowel dysfunction. These conditions are caused by a miscommunication between the bladder and the brain and significantly impacts quality of life. Overactive bladder affects an estimated 87 million adults in the U.S. and Europe. Another estimated 40 million adults are reported to suffer from fecal incontinence/accidental bowel leakage. The Axonics SNM therapy, which has been clinically proven to reduce symptoms and restore pelvic floor function, is now being offered at hundreds of medical centers across the U.S. and in dozens of select hospitals in Western Europe. Reimbursement coverage is well established in the U.S. and is a covered service in most European countries. The Axonics System is the first long-lived rechargeable SNM system approved for sale in the world, and the first to gain full-body MRI conditional labeling.