Home Knowledge Bank News Disease outbreak and fracture dangers from excess steroid injections can be avoided...
Facebook
Twitter
Pinterest
WhatsApp
Many back pain sufferers have become alarmed due to internationally reported news stories tracing October's meningitis outbreak to steroidal treatments for pain and other issues. Renowned orthopedic surgeon, Seyed M. Rezaian, M.D., Ph.D., F.R.C.S., F.I.C.S. strongly recommends using his trademark endoscopic discectomy technique to directly eliminate the causes of back pain.
While steroids and other temporary stop gap measures may be attractive in the short term, the need for Southern California residents to visit outstanding medical facilities such as Dr. Rezaian's California Orthopaedic Medical Clinic to investigate permanent solutions to back pain has been bolstered by some widely publicized and frightening news.
More and more, it appears that endoscopic discectomy surgery is significantly preferable to steroid injections for a number of compelling reasons. News of a shocking and tragic outbreak of deadly fungal meningitis â€“ most recently covered in Scientific American by writer Jennifer Frazer — through steroid injections has rocked the medical world in recent weeks and worried countless patients. Also, steroidal injections, like most drug-based painkilling techniques, may be of limited value over and can often prove to be a failed back surgery treatment.
Awareness of a new possible danger related to steroidal painkillers and disease outbreaks was compounded by preliminary findings presented at the annual meeting of the North American Spine Society. The study appears to indicate that epidural steroid shots may significantly increase the risk of spinal bone fractures, particularly for patients who may be experiencing osteoporosis. Steroidal injections that were previously thought to be mostly safe may actually be weakening bones. The study suggests that they may possibly be increasing the risk of a painful and potentially deadly fracture by as much as 29 percent.
The outbreak and the new studies underscore the benefits of treating back pain not with temporary measures but with long-term solutions. The California Orthopaedic Medical Clinic is the brainchild of Dr. Rezaian, who has developed numerous laser-aided techniques for permanent solutions to back pain and other issues. Dr.Â  Rezaian is a pioneer in endoscopic surgery, which has provided a less invasive and safer alternative to traditional open back surgery to stop pain at its source. The doctor has also developed leading edge techniques for dealing with spine fractures and numerous other orthopedic issues. 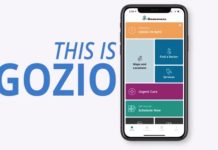 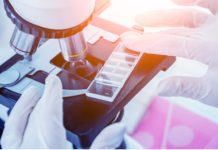