People on Medicaid turn to hospital care when doctor access is limited, new survey suggests
Emergency-room visits continued to climb in the second year of the Affordable Care Act, contradicting the law’s supporters who had predicted a decline in traffic as more people gained access to doctors and other health-care providers.
A survey of 2,098 emergency-room doctors conducted in March showed about three-quarters said visits had risen since January 2014. That was a significant uptick from a year earlier, when less than half of doctors surveyed reported an increase. The survey by the American College of Emergency Physicians is scheduled to be published Monday.
Medicaid recipients newly insured under the health law are struggling to get appointments or find doctors who will accept their coverage, and consequently wind up in the ER, ACEP said. Volume might also be increasing due to hospital and emergency-department closures—a long-standing trend.
“There was a grand theory the law would reduce ER visits,” said Dr. Howard Mell, a spokesman for ACEP. “Well, guess what, it hasn’t happened. Visits are going up despite the ACA, and in a lot of cases because of it.”
The health law’s impact on emergency departments has been closely watched because it has significant implications for the public. ER crowding has been linked to longer wait times and higher mortality rates.
More than half of providers listed in Medicaid managed-care plans couldn’t schedule appointments for enrollees, according to a December report by the Health and Human Services Office of the Inspector General. Among providers who could offer appointments, the median wait time was two weeks, but more than a quarter of doctors had wait times of more than a month for an appointment.
Many doctors don’t accept Medicaid patients because the state-federal coverage provides lower reimbursement rates than many private health-insurance plans. The waits for primary and specialty care by participating doctors appear to be leaving some Medicaid patients with the ER as the only option, according to ACEP.
“We’re seeing a huge backlog in the ER because the volume has increased,” said Ryan Stanton, an emergency-room doctor at Baptist Health Lexington in Kentucky. “This year we already have had to board people in the ER because of the sheer volumes,” he said, referring to a practice of keeping patients in the ER until a hospital room becomes available.
Dr. Stanton said ER volume rose about 10% in 2014 from 2013, and was up almost 20% in the first few months of this year.
The ACEP survey also found that ERs are seeing sicker patients: About 90% of the doctors polled said the severity of illness has stayed the same or gotten worse. That might be explained in part by an aging population, newly insured people with multiple maladies, and people delaying care because they have high-deductible insurance plans.
Nicholas Vasquez, a medical director for an emergency department in Mesa, Ariz., said volume rose 5% in a year, representing about 10 more patients a day. The stress from bigger caseloads prompted some nurses to resign, he said. “Physicians are working more shifts—that pushes them a lot,” Dr. Vasquez said. “If they work too much, they get burnt out. For patients, it means longer waits.”
Some states have been trying to curb ER use by Medicaid recipients by requiring higher copayments for visits deemed nonurgent. Critics have denounced that practice as punitive, and warn that it will dissuade low-income patients from seeking care that may be necessary.
A 2013 study by Truven Health Analytics that examined insurance claims for more than 6.5 million ER visits by commercially insured people under age 65 found just 29% of patients required immediate attention. Twenty-four percent didn’t require immediate attention, 41% received care that could have been provided in a primary-care setting, and 6% got care that would have been preventable or avoidable with proper primary care.
More than 40% of emergency physicians said they expect emergency-room visits to increase if the Supreme Court rules that subsidies provided to people who obtain insurance on the federal exchange are invalid. The court is expected to rule by late June. 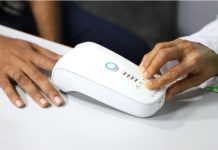