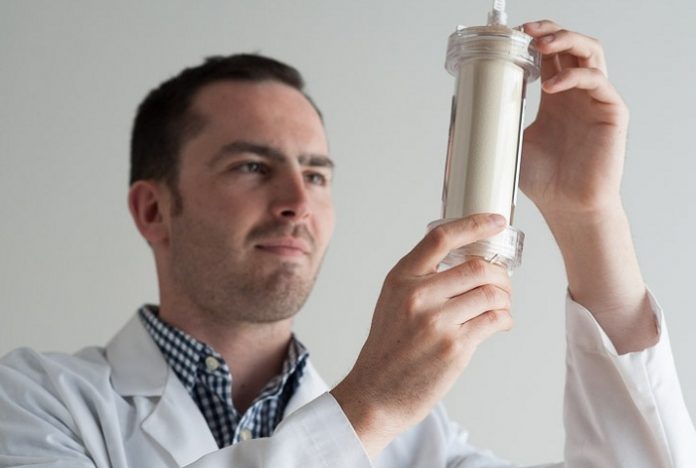 ExThera Medical Corporation announced that it has received CE Mark approval for its Seraph100 Microbind Affinity Blood Filter(Seraph 100) for the reduction of pathogens during bloodstream infections (BSI). This CE Mark signifies that Seraph 100 meets the safety and performance requirements for medical devices in the European Economic Area (EEA) as an adjunct to anti-infective therapy, and it gives ExThera access to a market of 500 million people. In October 2019 ExThera plans to begin shipping Seraph 100 for clinical use in selected member states of the European Union, providing a completely new treatment option for a large, at-risk patient population. Distributors for Italy, Germany and other EU countries will be announced early in September.

Bloodstream infections are a leading cause of death around the world, with mortality as high as 50%.[i] In Europe, the annual incidence rate is estimated at 1.2 million.[ii] In addition to rapid diagnostic tests, quick and effective therapeutic products are needed to successfully treat these infections for which every hour of delay in effective treatment can increase mortality by up to 7%.[iii] The challenge of quickly reducing pathogens is severely complicated during increasingly common drug-resistant infections, which are estimated to kill 10 million people annually by 2050.[iv]

As a broad-spectrum ‘sorbent-type blood filter’ Seraph 100 provides a new option for treating bloodstream infections. Whereas existing devices remove only molecules, e.g. cytokines and/or endotoxin, Seraph 100 can also quickly lower the concentration of bacteria, viruses and fungi in whole blood. In pre-clinical and clinical testing, Seraph 100 was able to significantly reduce the concentration of both drug-susceptible anddrug-resistant pathogens, providing a long-awaited adjunctive therapy for bloodstream infections.

In March, 2019, Dr. med. Stefan Büttner of the Department of Nephrology, Dialysis and Kidney Transplantation at University Hospital Frankfurt, presented research findings at the International Symposium on Intensive Care and Emergency Medicine (ISICEM), highlighting Seraph 100 excellent clinical results, including the safe treatment of bacteremia during dialysis.

“Today marks a definitive turning point in advancing the care of bloodstream infections, the result of years of dedicated research, development and investment,” according to Bob Ward, NAE, President / CEO of ExThera. “Seraph 100 provides an innovative therapy for rapid and effective treatment of infections that might otherwise pose a devastating risk to patients. We look forward to Seraph 100’s continuedsuccess in Europe, while demonstrating its potential to help healthcare providers and their patients around the world.”

“Bloodstream infections pose a continuing challenge for healthcare providers worldwide, with the threat of catastrophic consequences for the patient, often leading to sepsis and even death if not treated effectively,” said Prof. Dr. med Jan T. Kielstein, FASN, FERA, Director, Medical Clinic V: Nephrology, Rheumatology and Blood Puri?cation, Academic Teaching Hospital Braunschweig, Germany. “Seraph 100 adds a critical tool to our clinical arsenal that can be used to treat a wide range of infections, including those that are proven to be drug-resistant. It’s an option we were not previously able to employ, and we are excited to have it available.”

According to consultant Kathleen White, ExThera’s former V.P. and Chief Operating Officer, “The ExThera team did an extraordinary job designing, testing and obtaining regulatory approval for Seraph 100, while also gaining certification of its Quality Management System. I thank them, our consultants and our clinical collaborators for their hard work and dedication to this revolutionary product.”

About Seraph and ExThera Medical

Based in the San Francisco Bay Area, and in Vaals, The Netherlands, ExThera is a privately held medical device company developing innovative, single-use blood filters capable of capturing a broad range of pathogens from whole blood. Seraph’s unique design, and its highly blood-compatible surface, first developed at Stockholm‘s Karolinska Institute [v], quickly reduce the concentration of drug-resistant anddrug-susceptible bacteria, viruses, fungi and sepsis mediators in blood continuously drawn from, and returned to the patient. ExThera develops therapeutic products to treat patients in the hospital, on the battlefield and during epidemics. Led by an accomplished management team with extensive experience in blood-contacting devices and biomaterials, the company has worldwide patent protection and a growing body of data from independent laboratory studies, including as best performer in DARPA’s Dialysis-Like Therapeutics program, and from its successful EU clinical trial. For more information, please visit www.extheramedical.com.