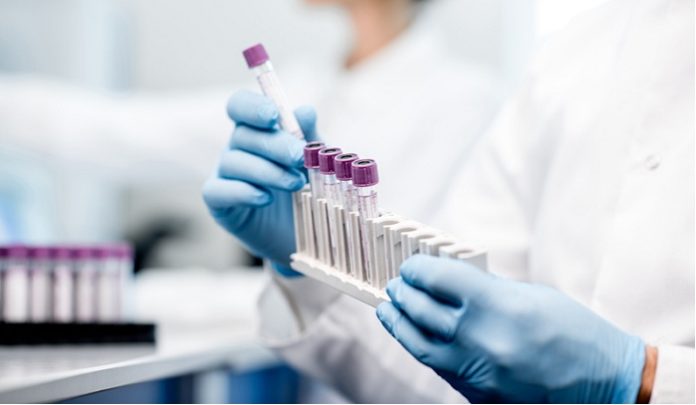 GRAIL, Inc., a healthcare company whose mission is to detect cancer early, when it can be cured, announced validation data for its multi-cancer early detection blood test were published in Annals of Oncology. These data demonstrate GRAIL’s technology can detect more than 50 cancer types across all stages, with a very low false positive rate of less than one percent, through a single blood draw. When a cancer signal is detected, the test can also identify where the cancer is located in the body (the tissue of origin) with 93% accuracy.

Today, the majority of deadly cancers do not have guideline-recommended screening tests available, and as a result, most cancers are detected too late, after they have progressed to late stages when chances of survival are much lower. When cancer is diagnosed after it has spread, the five-year cancer- specific survival rate is 21%, compared to 89% when the cancer is diagnosed early and still localized.

“At GRAIL, we believe that multi-cancer early detection has the potential to significantly reduce cancer mortality,” said Alex Aravanis, MD, PhD, Chief Scientific Officer and Head of R&D, and a co-founder of GRAIL. “This is a seminal moment in the field of cancer detection. We’ve built what we believe to be one of the largest clinical study programs ever conducted in genomic medicine, and the data published in Annals of Oncology further support GRAIL’s approach and commitment to clinical and scientific rigor.”

The publication includes data from GRAIL’s foundational Circulating Cell-free Genome Atlas (CCGA) study, which included more than 15,000 participants with or without a diagnosis of cancer. In the sub-study reported in today’s publication (N=6,689), results from the validation set (N=1,969) showed that GRAIL’s proprietary targeted methylation technology achieved high specificity (99.3%), or a single low false positive rate of less than 1%, across more than 50 cancer types.

The detection rate for a pre-specified set of 12 deadly cancer types, that together account for approximately 63% of U.S. cancer deaths annually, was 67.3% across stages I-III (95% confidence interval [CI]: 60.7-73.3%). The overall detection rate for all cancer types was 43.9% across stages I-III (95% CI: 39.4-48.5%). When a cancer signal was detected, a tissue of origin result was provided for 96% of the samples, and of these, the test correctly identified the tissue of origin in 93% of cases. Importantly, performance of the test was consistent across training and validation sets.

“The promising results from this independent validation data set demonstrate the robustness of the test performance, including its ability to detect multiple cancer types, and its generalizability to broader populations due to a low false positive rate,” said Minetta Liu, MD, Research Chair and Professor, Department of Oncology, Mayo Clinic, co-lead author and investigator in the CCGA study. “In addition, the high accuracy in identifying the anatomic origin of the primary cancer, in conjunction with detection of a positive cancer signal in the blood, will allow providers to efficiently direct next steps for each individual’s diagnostic work-up and subsequent clinical care.”

“The Human Genome Project ushered in the era of precision medicine, but the benefits have largely impacted patients with specific mutations or genetic diseases. GRAIL has combined the advances in human genomics with machine-learning data science to develop a multi-cancer early detection test that can maximize overall population detection while minimizing potential harms,” said Joshua Ofman, MD, MSHS, Chief Medical Officer and External Affairs at GRAIL. “These validation data suggest that GRAIL’s test could be one of the first examples of a technology derived from insights from the Human Genome Project to have an impact at the broader population level, and could facilitate an important transition from screening for individual cancers, to screening individuals for all cancer types.”

The CCGA data from the second sub-study were previously presented at the European Society for Medical Oncology (ESMO) 2019 Congress and American Society of Clinical Oncology (ASCO) 2019 Breakthrough and are available on GRAIL’s website. The CCGA study is ongoing, and additional findings will be made publicly available at future medical meetings and/or in peer-reviewed publications.

The Circulating Cell-free Genome Atlas (CCGA) study is a prospectively designed, observational, longitudinal, case-control study that has completed enrollment of approximately 15,000 participants with and without cancer across 142 sites in the United States and Canada. CCGA is designed to characterize the landscape of genomic cancer signals in the blood, and to discover, train, and validate GRAIL’s multi-cancer early detection blood test through three pre-planned sub-studies. To learn more about CCGA, please visit www.grail.com.

GRAIL’s multi-cancer early detection test is designed to detect cancers in early stages, when the chance of survival is higher than if cancer is detected after symptoms appear. Clinical data have shown the ability of this technology to detect more than 50 cancer types with a very low false positive rate of less than one percent. GRAIL’s test was designed to minimize false positives in order to limit associated harms, including patient anxiety and unnecessary diagnostic workups. When a cancer signal is detected, the test has been able to identify where in the body the cancer is located with high accuracy, an important step to guiding diagnostic next steps and care.

GRAIL’s methylation-based technology preferentially targets the most informative regions of the genome and is designed to use its proprietary database and machine-learning algorithms to both detect the presence of cancer and identify the tumor’s tissue of origin. GRAIL believes itssequencing database of cancer and non-cancer methylation signatures is the largest of its kind.

GRAIL is a healthcare company whose mission is to detect cancer early, when it can be cured. GRAIL is focused on alleviating the global burden of cancer by developing pioneering technology to detect and identify multiple deadly cancer types early. The company is using the power of next-generation sequencing, population-scale clinical studies, and state-of-the-art computer science and data science to enhance the scientific understanding of cancer biology, and to develop its multi-cancer early detection blood test. GRAIL is located in Menlo Park, California and Washington, D.C. It is supported by leading global investors and pharmaceutical, technology, and healthcare companies.