Hospital & Healthcare Management / Healthcare News / 15th Oct. 2010 :- Today, Lung Cancer Alliance (LCA), the only national organization providing patient support and advocacy for all those either living with or at risk for lung cancer, proudly announced the addition of the National Urban League to the growing roster of national organizations and institutions calling for a more comprehensive federal plan of action for lung cancer.

The National Urban League, which is celebrating its 100-year anniversary, is recognized as the nation’s leading social justice organization and is known for its efforts to close equality gaps which exist for African Americans and other emerging ethnic communities in education, economic empowerment, health and quality of life, civic rights and racial justice.

"This is tremendous news for the lung cancer community," said Laurie Fenton Ambrose, President  & CEO.  "National Urban League has a long and respected track record as a national champion of social justice issues – and at its core lung cancer is about social justice."

Lung cancer is the leading cause of cancer death in women and men and in every ethnic group.    African American males have the highest incidence and mortality rate in relation to other Caucasian, Asian, Hispanic and Native American counterparts.

"One of my priorities since taking the helm of the National Urban League’s Policy Institute was to sharpen our focus on health disparities," said Chanelle Hardy, Senior Vice President and Executive Director of the National Urban League Policy Institute.  "And that is what the Lung Cancer Mortality Act does for our community.  For that reason we are pleased to stand with so many other social justice leaders and national organizations calling for a more compassionate and comprehensive approach to addressing lung cancer."

The Lung Cancer Mortality Reduction Act, S.332 and HR 2112, calls for lung cancer to be made a national public health priority and requires the Departments of Health and Human Services, Defense and Veterans Affairs to coordinate on a comprehensive plan of action that will address all aspects of the disease.

Lung Cancer Alliance (www.LungCancerAlliance.org) is the only national non-profit organization dedicated exclusively to patient support and advocacy for those living with or at risk for lung cancer.  Lung Cancer Alliance is committed to leading the movement to reverse decades of stigma and neglect by empowering those with or at risk for the disease, elevating awareness and changing health policy. 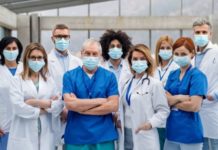 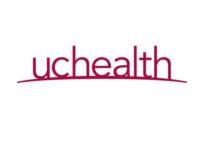