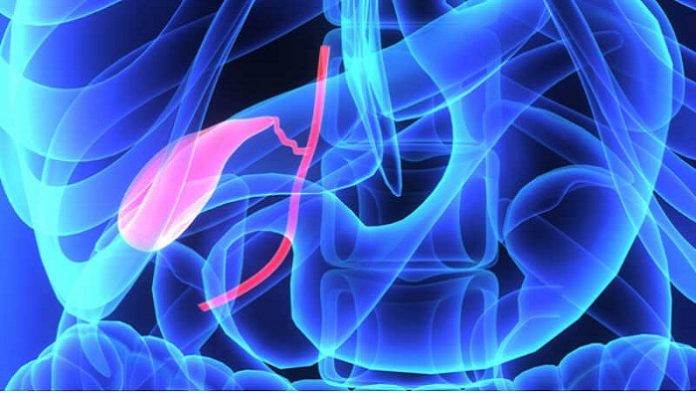 Overexpression of the MYBL2 gene promotes gallbladder cancer (GBC) cell proliferation and could serve as a potential prognostic and therapeutic biomarker in GBC patients, according to a study published in Cellular Physiology and Biochemistry.

MYBL2 may play an important role during gallbladder cancer progression through the regulation of the cell cycle.

The investigators evaluated the correlation between ectopic MYBL2 expression and the poor prognoses of GBC patients, and examined its oncogenic function in vitro and in vivo to explore the potential mechanisms of action of this protein.

Many cases of GBC are not resectable at presentation, which results in poor prognosis due to early infiltration of neoplasm cells through venous, lymphatic, and perineural routes, as well as direct invasion into the liver and other adjacent organs. It is important to identify effective therapeutic targets and biomarkers to predict prognosis and therapeutic responses and to improve the outcome of GBC.

The MYBL2 gene is a member of the Myb family of transcription factor genes, which is involved in cell cycle regulation and essential functions in cell proliferation and the carcinogenesis and progression of GBC.

Prior research has shown that MYBL2 is overexpressed in some tumors, including hepatocellular, lung, breast, and colorectal cancers. MYBL2 overexpression indicates poor prognosis in patients with breast cancer and prostate cancer. However, the role of MYBL2 in the progression of GBC has not been investigated.

To evaluate clinical and pathological data, GBC tissue from 65 patients who had radical cholecystectomy without prior radiotherapy or chemotherapy was compared to 65 control patients with cholecystitis undergoing simple cholecystectomy. MYBL2 expression levels were measured using immunohistochemical (IHC) assays.

In addition, the effects of MYBL2 on cell proliferation and DNA synthesis were examined by various in vivo and in vitro methods including Cell Counting Kit-8 assay (CCK-8), colony formation, 5-ethynyl-2′-deoxyuridine (EdU) retention assay, flow cytometry analysis, western blot, and a xenograft model of GBC cells in nude mice.

Among the 65 GBC patients involved in IHC analysis, 22 were male and 43 were female. The average age was 68.5 years, and the median follow-up period was 14 months (range 1 to 36 months). MYBL2 expression was significantly associated with histological differentiation (P < 0.001), tumor invasion (P=0.003), and clinical stage (P=0.004), but not age, gender, associated gallstones, or lymph node metastasis.

To explore the effects of MYBL2 on GBC cell proliferation, the CCK-8 and colony-formation assays were performed. The results indicated that the deregulation of MYBL2 levels resulted in corresponding changes in the rate of DNA synthesis.

Finally, they explored the effects of MYBL2 on GBC growth in vivo using xenograft mouse models. A MYBL2 overexpression group showed a higher tumor volume and weight compared with an empty vector group; these results were consistent with the results of the IHC analysis.
Taken together, the results showed that the MYBL2 protein was overexpressed in GBC tissues compared with non-cancerous tissues, suggesting that MYBL2 might play a significant role in GBC progression. The clinicopathological data showed that MYBL2 overexpression was associated with an unfavorable overall survival time after surgical dissection.

“In summary, we demonstrated that MYBL2 expression is associated with poor prognosis in GBC patients and promotes GBC cell proliferation in vitro and in vivo,” the authors wrote. “Furthermore, we propose that MYBL2 may play an important role during GBC progression through the regulation of the cell cycle.”

They also suggested that MYBL2 may serve as a potential prognostic and therapeutic biomarker in GBC patients.