Home Knowledge Bank News New Technique Prior To Surgery Can Make Redundant Colostomy Bags For Patients...
Facebook
Twitter
Pinterest
WhatsApp
The Cancer Research UK-funded CReST trial presented at the 2016 American Society of Clinical Oncology (ASCO)(link is external) Annual Meeting in Chicago today* found that less than half (45 per cent) of those who had their bowel unblocked by the tube, which uses body heat to expand, needed a colostomy bag.
But more than two-thirds (69 per cent) of those who had emergency surgery to remove the tumour and the blockage were fitted with bags.
Around 41,100 people are diagnosed with bowel cancer each year in the UK with up to 20 per cent diagnosed as emergencies – with some of these patients having their bowel blocked by the tumour.
One in six of those diagnosed need emergency surgery to relieve the blockage, but this is more likely than planned surgery to lead to complications such as needing a colostomy bag or spending time in intensive care after the surgery. The risk of death is also higher for emergency surgery – around 12 per cent compared with two per cent for planned surgery.
In the study almost 250 bowel cancer patients who were diagnosed as emergencies with blocked bowels were divided into two groups and either had emergency surgery or the expanding tube – also known as a stent – followed by surgery between one to four weeks later.
The expanding tube worked in 82 per cent of cases and patients who had it survived as long as those who didn’t.Doctors insert an endoscope – a small camera – into the bowel which guides the tube to the tumour and helps place it through any remaining gap in the blocked bowel.
When inserted the tube is just three millimetres wide but expands in response to the heat of the body over 48 hours to become two and a half centimetres wide – about eight times larger. This pushes the bowel open and allows the contents of the bowel to pass.
Trial lead Professor James Hill, from the Central Manchester University Hospital(link is external), said: “Traditionally doctors have worried that unblocking the bowel in this way could increase the chance of cancer spreading, but our early results don’t show this. We’re also pleased to see that this could be a way of reducing the risk of patients needing a colostomy bag after their surgery – which is a huge improvement to patients’ day-to-day lives.
“These are early results and we’ll need to follow-up our work for three years in full to find out if this technique affects survival and end-of-life care for bowel cancer patients.” Martin Ledwick, Cancer Research UK’s head information nurse, said: “This treatment isn’t suitable for everyone, but for those who are it could have a huge impact on their lives after surgery. Not needing a colostomy bag is likely to significantly improve the quality of life of patients. If longer term follow up and larger studies confirm these results it is great news for bowel cancer patients who come to A&E with bowel blockages.”
For media enquiries contact the Cancer Research UK press office on 020 3469 8300 or, out of hours, on 07050 264 059. 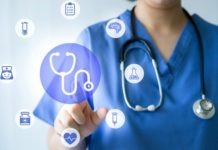 5 Compelling Reasons for Custom Developing an Appointment Scheduling App for...