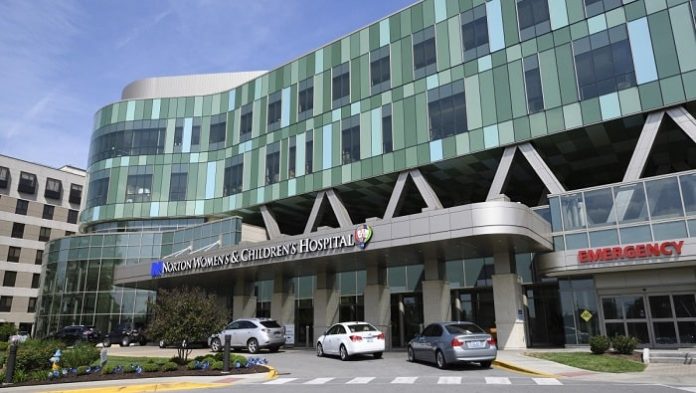 In 2012, the state of Kentucky passed a law similar to those in many other states requiring physicians prescribing controlled substances to check their state’s prescription drug-monitoring program database. The database enables providers to view a patient’s controlled substance prescription history to identify potential signs of opioid use disorder or doctor shopping.

Kentucky has been particularly hard hit in the opioid epidemic. More than 1,500 Kentuckians die each year from drug overdoses. A contributor is the state’s opioid prescribing rate, which is 55% higher than the rest of the U.S.
Norton Healthcare is the largest health system in Kentucky, with more than five hospitals and a total of 250 care locations. Staff members say they have a medical and moral responsibility to serve as leaders in the state’s fight against this crisis.

“We’re based in Louisville, which is right on the Indiana border, and serving patients in a metro area spanning two states often means that our physicians are tasked with querying both Kentucky’s PDMP, KASPER, and Indiana’s PDMP, INSPECT, before prescribing controlled substances,” said Dr. Steven Heilman, senior vice president and chief health innovation officer at Norton Healthcare.

“This process used to require physicians to log out of our Epic electronic health record and separately open and search within each state’s web-based PDMP database, and then load the results into the patient’s chart.”

This highly manual process took as long as 10 minutes per patient if checking both states’ PDMPs and was a major interruption to physicians’ workflows, so much so that Norton began to assign medical assistants to help with the process and save physicians’ time. Extracting data from these databases to study prescribing patterns among physicians also was time-consuming, but essential if Norton wanted to reduce the volume of opioids in its communities.

“Gateway enables physicians to automatically query the PDMP database from within the EHR workflow when a controlled substance prescription is ordered or at any other time,” he said.

“This alleviates the need to exit the EHR and log in to a separate application. I realized this would help us realize efficiencies. For example, we would no longer need to delegate a medical assistant to query PDMP databases, as physicians would be able to manage this themselves during their workflow.”

Another Appriss Health tool, NarxCare, uses advanced analytics to provide an immediate, point-of-care analysis of a patient’s risk for substance use disorder and other information in a visually interactive format that supports prescribers’ rapid comprehension and decision-making.

“We also learned of the analytics tools that, due to the integration with Epic, would enable us to easily generate reports on physician-controlled substance prescribing behaviors, which can be used to support provider outreach and education,” Heilman explained.

He presented the Appriss Health tools to Norton’s Narcotics Matrix Committee, which works to address and define Norton Healthcare’s prescribing levels and patterns and to identify areas for improvement.

The committee members and other Norton Healthcare leaders understood that providing clinicians with access to the right data using Appriss Health solutions could impact overall prescribing levels and improve patient outcomes, he added.

There are various medication-management technologies on the health IT market today. Some of the vendors of these technologies include Appriss Health, BD, Cureatr, DrFirst, Kit Check, LogicStream Health, Medication Management Partners, Medisafe, Mediware Information Systems and Talyst.

About a year ago, Norton implemented Gateway and NarxCare in the departments where opioids are most often prescribed – primary care, emergency, orthopedics and pain management – as well as for the organization’s hospitalists.

“Appriss Health had completed numerous successful PDMP integrations for other large health systems using the Epic platform, so the implementation was smooth,” Heilman recalled. “Now our physicians can access PDMP data as well as actionable information on the patient’s substance use disorder risk at the point of care, just as they would any other EHR information.”

This integration with the EHR has made it easier for providers to comply with Kentucky and Indiana mandatory-use laws and has eliminated the need to assign the task of checking PDMPs to a medical assistant, he said.

The success metric Norton Healthcare is most proud of is the number of opioids prescribed by providers, which has decreased by 51% since last year.

“We have achieved this significant volume reduction despite increasing the number of prescribers in our health system by 100 to 150 each year through acquisition, integration and other clinical staff growth,” Heilman noted.

“Using the analytic and reporting tools, for example, we were able to identify protocols among care teams where physicians would prescribe 120 opioid tablets after certain surgical procedures, when only 90 or 60 would suffice,” he said.

Reducing the number of prescribed tablets not only decreases the health and safety risks for the patients, it also reduces the availability of tablets that could be sold or stolen in the communities served, he added.

Norton has not yet quantified the time savings due to the integration of the PDMP data within the EHR, but because of the automation afforded by Appriss, Heilman is certain that staff is saving hours each week in time for medical assistants’ who were tasked with querying the PDMP databases.

The previous process for accessing PDMP data took about four to five minutes per patient and involved creating a report that needed to be scanned to the patient’s chart. Now, the process is automatic.

“Integrating PDMP access into providers’ EHR workflow has been a relatively simple and fast way to improve their workflow efficiency while complying with state mandates to check PDMP databases before prescribing or dispensing a controlled substance,” Heilman advised.

“More important, though, it has helped us much more easily understand and adjust our physicians’ prescribing behaviors so we can be part of the solution to reduce the availability of prescription opioids in the communities we serve.”

Heilman urges other health systems to consider such a solution to help providers identify patients with potential opioid use disorder, or those who are at risk for developing OUD, so they can align them with the appropriate care resources to achieve safe and better outcomes.