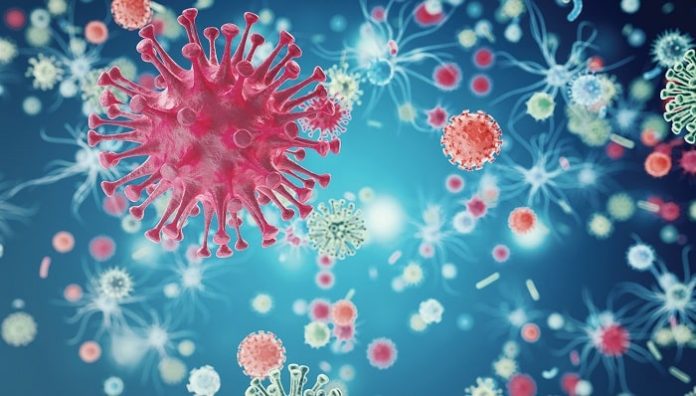 Scientists have used genome sequencing to reveal the extent to which a drug-resistant gastrointestinal bacterium can spread within a hospital, highlighting the challenge hospitals face in controlling infections.

Enterococcus faecium is a bacterium commonly found in the gastrointestinal tract, where it usually resides without causing the host problems. However, in immunocompromised patients, it can lead to potentially life-threatening infection.

Over the last three decades, strains have emerged that are resistant to frontline antibiotics including ampicillin and vancomycin, limiting treatment options – and particularly worrying, these strains are often those found in hospital-acquired E. faecium infections.

A team of scientists at the University of Cambridge and the London School of Hygiene and Tropical Medicine has pioneered an approach combining epidemiological and genomic information to chart the spread of bacteria within healthcare settings. This has helped hospitals identify sources of infection and inform infection control measures.

In a study published today in Nature Microbiology, the team has applied this technique to the spread of drug-resistant E. faecium in a hospital setting.

“We’ve known for over two decades that patients in hospital can catch and spread drug-resistant E. faecium. Preventing its spread requires us to understand where the bacteria lives – its ‘reservoirs’ – and how it is transmitted.

The team followed 149 hematology patients admitted to Addenbrooke’s Hospital, Cambridge University Hospitals NHS Foundation Trust, over a six-month period. They took stool samples from the patients and swabs from the hospital environment and cultured them for E. faecium.

Just under half (48%) of the swabs taken from the hospital environment were positive for vancomycin-resistant E. faecium. This included 36% of medical devices, 76% of non-touch areas such as air vents, 41% of bed spaces and 68% of communal bathrooms tested.

The researchers showed that even deep cleaning could not eradicate the bacteria. The hospital undertook deep cleaning on one ward over a three-day period during the study, when patients were moved elsewhere; however, when the team sampled locations prior to patients returning to the ward, they found that 9% of samples still tested positive for the bacteria. Within three days of patients returning to the ward, around half of the sampled sites tested positive.

Three-quarters (74%) of the patients (111/149) were carriers of the A1 clade – a multi-drug resistant strain of E. faecium commonly seen in hospitals that is resistant to the antibiotic ampicillin and which frequently acquires resistance to vancomycin. Of these 111 patients, 67 had strong epidemiological and genomic links with at least one other patient and/or their direct environment.

“The fact that these cases were all linked to another patient or their environment suggests strongly that they had picked up the multi-drug resistant bacteria while in the hospital,” said Dr Francesc Coll from the London School of Hygiene and Tropical Medicine, joint first author.

Further genomic analysis showed that within this multi-drug resistant strain were several subtypes (defined by how genetically-similar they were). However, it was not uncommon for a patient to be carrying more than one subtype, which – without detailed genomic analysis – could confound attempts to identify the route of transmission of an infection.

Notably, despite the circulation of as many as 115 subtypes, 28% of E. faecium acquisitions were caused by just two superspreading subtypes. The authors found no evidence of resistance or tolerance to common disinfectants to explain the success of these subtypes.

Six study patients contracted an ‘invasive infection’, meaning that they had been carrying E. faecium asymptomatically in their gut, but subsequently developed a symptomatic infection. Comparing the genomes of the infecting and gut strains the authors determined that invasive E. faecium infections originated from the patients’ own gut.

“Our study builds on previous observations that drug-resistant strains of E. faecium can persist in the hospital environment despite standard cleaning – we were still surprised to find how short-lasting was the effect of deep cleaning,” added Dr Gouliouris.

“We found high levels of hospital-adapted E. faecium despite the use of cleaning products and procedures that have proven effective against the bug. It highlights how challenging it can be to tackle outbreaks in hospitals.”

Senior author Professor Sharon Peacock from the Department of Medicine at the University of Cambridge added: “The high rates of infection with drug-resistant E. faecium in specific vulnerable patient groups and its ability to evade cleaning measures pose an important challenge to infection control.”

“But this is also a sign of how urgently we need to tackle inappropriate use of antibiotics worldwide, which is widely recognized as posing a catastrophic threat to our health and our ability to control infections.”