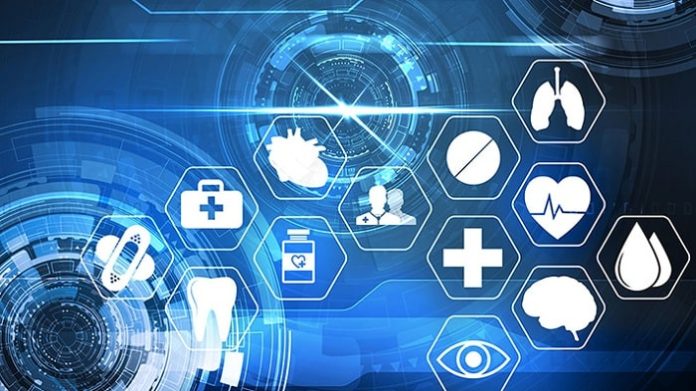 The agreement will highlight a physical hub, a specialized team, leading start-ups, comprehensive data infrastructure and an expansive network.

Healthcare innovation will soon be accelerated in the United Arab Emirates, after the country’s APEX National Investment signed a memorandum of understanding with Sheba Medical Center to promote a range of healthcare solutions in the region.

“We believe that the agreement between APEX National Investment and Sheba will change the dynamics of healthcare and innovation in the UAE and act as a harbinger of ‘peace and prosperity’ in the Gulf region and beyond, where hope knows no boundaries,” said Prof. Yitshak Kreiss, director-general of Sheba.

“We see this as a bridge for peace not only between Israel and the UAE,” Eyal Zimlichman, deputy director-general, chief medical officer and chief innovation officer at Sheba, told The Jerusalem Post. “This will be an ‘ARC’ that will serve not only the UAE but the whole region, and the hope is that this opens up new avenues to work with our neighbors that we don’t currently have ties with.”

“It is fitting that the first significant partnership between Israel and the UAE is in healthcare,” US Ambassador to Israel David Friedman said. “The Abraham Accords are already making the Middle East safer and more prosperous.”

The agreement, known as the “ARC Gulf” initiative, will highlight a physical hub, a specialized team, leading start-ups, comprehensive data infrastructure and an expansive network needed to springboard innovation in the region and beyond.

APEX and Sheba will cooperate on key medical challenges, including battling COVID-19, but also artificial intelligence, telemedicine, precision medicine, virtual and augmented reality and digital innovations in surgery and rehabilitation. Zimlichman said there is also discussion of a joint investment fund.

The agreement will be accelerated by collaborating with the healthcare authorities within the UAE’s public and private sectors, and by implementing Sheba’s ARC concept.

“The agreement reflects the extent of the two countries’ interest in developing and reaching the highest standards in the field of health to serve the people in the region, as well as an extension of both states’ efforts in developing cutting-edge innovation in the medical field,” said Khalifa Khoury, APEX national investment chairman.

“Seeing the life science sectors from these two countries come together with speed and professionalism is a great indicator of the potential of the Abraham Accord,” said Avi Berkowitz, White House special representative for international negotiations.

Kreiss said the agreement with APEX represents the culmination of the hospital’s yearlong effort with the Gulf.

IN JUNE 2019, Kreiss attended the “Peace for Prosperity” workshop in Bahrain and shared pictures on Facebook of his visit with Bahrain’s former ambassador to the United States Houda Nonoo. According to the post, “they discussed how healthcare and medical innovation can spur economic growth for the Middle East and Gulf regions.”

“The conference was called Peace for Prosperity,” Kreiss said. “I understood immediately that healthcare – medicine – is one of the best vehicles for prosperity in the region. It has no barriers at all. You can build a true bridge.”

Since that summer, Kreiss said, he has been talking with anyone who is willing – including the UAE. He said Sheba is working with other Gulf states, too, but he could not share details yet or it could “endanger the relationships.”

An official signing ceremony will take place between September 21 and 24 in Abu Dhabi, which will be attended by the UAE’s health minister and members of the royal family.

Yoel Hareven, Sheba’s director of the international division, told the Post that the Apex-Sheba agreement “accelerated very, very fast.” He said there had been preliminary negotiations with the UAE in 2018 and 2019, but nothing particular until after the announcement by the countries’ leaders that there was a goal to normalize ties.

The announcement was made one week, and by the next, Hareven said, representatives from the UAE had contacted him. “They were waiting for the opportunity,” he said, noting that the final contract is meant to be signed within the next six months, if not before.
“The Gulf states are really a point of entry for Israel to the Arab states that are not radical,” Hareven said, explaining that it is likely that there will be representation in the ARC from Egypt, Morocco, Libya, Algeria, Tunisia, Bahrain and Oman.

“I think it is so important to have a bridge there,” he continued. “Right now, our aim is to build one ARC in the Emirates and that it will be an ARC for the area. But we never say never. If there was a suggestion to build an ARC in Morocco, we would be happy to do it.”