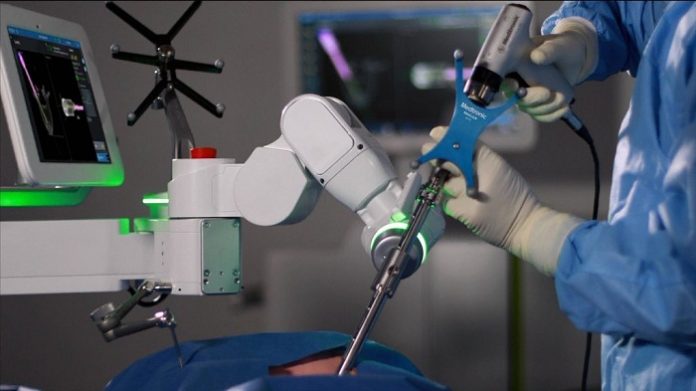 Titan Medical announced that it entered into an agreement with Medtronic to progress the development of robot-assisted surgical technologies.

The development and license agreement to develop those technologies is accompanied by a separate license agreement with Medtronic in respect of certain intellectual property of Titan Medical, according to a news release.

Under the agreement, both companies can develop robot-assisted surgical systems in their respective businesses, while Titan will receive a series of payments that reach $31 million in return for Medtronic’s license for the technologies. The payments will arrive as milestones are completed and verified.

A steering committee made up of representatives from each company will be established to oversee the milestones, one of which is Titan’s task to raise an additional $18 million in capital within four months of the development start date that is expected to come this month.

Titan has also received a senior secured loan from Medtronic worth $1.5 million that will be increased by an amount equal to certain legal expenses related to transactions and intellectual property with an interest rate of 8% per annum. It is repayable on June 4, 2023, or upon the earlier completion of the agreement’s last milestone. Until it is repaid, Medtronic may have one non-voting observer attend meetings of Titan’s board.

Under the separate license agreement, Medtronic licensed certain robot-assisted surgical technologies from Titan for $10 million upfront. Titan still has the right to continue to develop and commercialize those technologies for its own business.

“These agreements with Medtronic will allow Titan to continue to develop its single-port robotic surgical technologies while sharing our expertise and technologies with Medtronic,” Titan Medical president & CEO David McNally said in the news release. “We are very excited about the opportunity to continue Titan’s pioneering work to bring new single-port surgical options to the market.”

The agreements are another step in Medtronic’s effort to break into the robot-assisted surgery space, which remains dominated by Intuitive Surgical and its da Vinci SP.

Medtronic completed a $1.7 billion purchase of Mazor Robotics in December 2018. A month later, the company launched its Mazor X Stealth robotic-assisted spinal surgical platform in the U.S. In September 2019, Medtronic unveiled its new Hugo system that is set to rival the da Vinci SP.

After the announcement, shares of TMD were up 222.9% at 90¢ per share in late-afternoon trading today. Last week, the company announced that it was in danger of Nasdaq delisting.