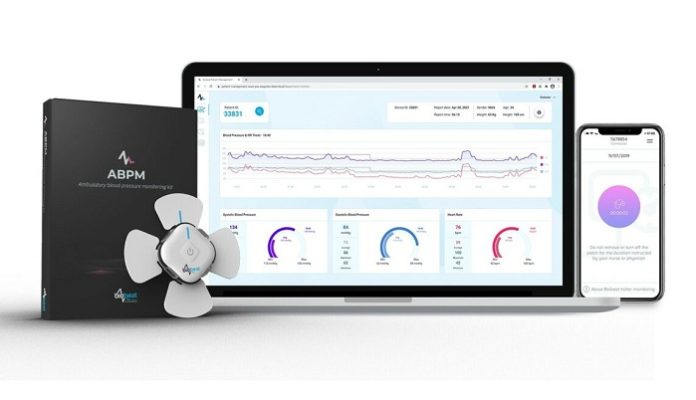 Biobeat announced the launch of its new wearable and continuous ambulatory blood pressure monitoring (ABPM) device, currently the only cuffless ABPM solution in the world.

As blood (BP) measurement has shown to be crucial in the early detection and prevention of clinical disorders, Biobeat’s cuffless ABPM device can act as a decisive indicator of patient health, tracking patient cardiac data continuously in real-life settings outside of the physician’s office to provide a more accurate view of patient health.

Biobeat’s disposable wearable chest-monitor includes an easy and intuitive patient self-set-up, requiring no assistance from a clinician or technician. The device measures diastolic and systolic BP, as well as heart rate, mean arterial pressure, cardiac output, and systemic vascular resistance. Measurements are accessible via the patient’s mobile phone via a designated app, and are also readily available for physicians through an online report-analysis web-application. By utilizing the wide range of vital signs measured by the Biobeat device, the report enables health care providers to gain a profound understanding of the root cause of the issues identified and truly personalize medicine, allowing for more precise prescription and titration of medications and therapies.