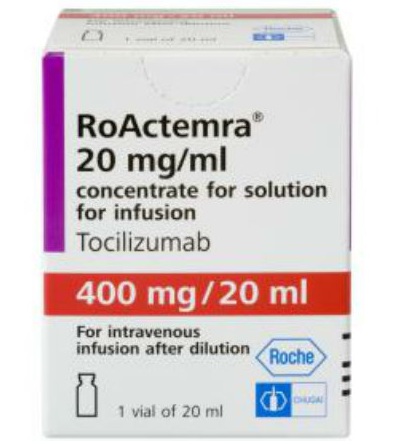 “Today’s FDA decision means people living with giant cell arteritis will, for the first time, have an FDA-approved treatment option for this debilitating disease,” said Sandra Horning, MD, Chief Medical Officer and Head of Global Product Development. “With no new treatments in more than 50 years, this approval could be transformational for people with GCA and for their physicians.”
The approval is based on the positive outcome of the Phase III GiACTA study evaluating Actemra/RoActemra in patients with GCA. The results showed that Actemra/RoActemra, initially combined with a six-month steroid (glucocorticoid) regimen, more effectively sustained remission through 52 weeks (56 percent in the Actemra/RoActemra weekly group and 53.1 percent in the Actemra/RoActemra bi-weekly group) compared to placebo combined with a 26-week steroid taper (14 percent)1 and placebo combined with a 52-week steroid taper (17.6 percent).
About the GiACTA study
GiACTA (NCT01791153) is a Phase III, global, randomised, double-blind, placebo-controlled trial investigating the efficacy and safety of Actemra/RoActemra as a novel treatment for GCA. It is the first successful clinical trial conducted in GCA and the first to use blinded, variable-dose, variable-duration steroid regimens. The multicentre study was conducted in 251 patients across 76 sites in 14 countries. The primary endpoint was evaluated at 52 weeks.
About Giant Cell Arteritis
Giant cell arteritis (GCA) – also known as temporal arteritis (TA) – is a severe autoimmune condition. GCA has a global impact, usually affects those above the age of 50, and is two-to-three-times more likely to affect women than men.2,3  GCA is often difficult to diagnose because of the wide and variable spectrum of signs and symptoms. GCA can cause severe headaches, jaw pain and visual symptoms and if left untreated, can lead to blindness, aortic aneurysm or stroke.  Treatment to date for people with GCA has been limited to high-dose steroids that play a role as an effective ‘emergency’ treatment option to prevent damage such as vision loss. Due to the variability of symptoms, complexity of the disease and disease complications, people with GCA are often seen by several physicians including rheumatologists, ophthalmologists and neurologists.
About Roche
Roche is a global pioneer in pharmaceuticals and diagnostics focused on advancing science to improve people’s lives. The combined strengths of pharmaceuticals and diagnostics under one roof have made Roche the leader in personalised healthcare – a strategy that aims to fit the right treatment to each patient in the best way possible. Roche is the world’s largest biotech company, with truly differentiated medicines in oncology, immunology, infectious diseases, ophthalmology and diseases of the central nervous system. Roche is also the world leader in in vitro diagnostics and tissue-based cancer diagnostics, and a frontrunner in diabetes management.
Founded in 1896, Roche continues to search for better ways to prevent, diagnose and treat diseases and make a sustainable contribution to society. The company also aims to improve patient access to medical innovations by working with all relevant stakeholders. Twenty-nine medicines developed by Roche are included in the World Health Organization Model Lists of Essential Medicines, among them life-saving antibiotics, antimalarials and cancer medicines. Roche has been recognised as the Group Leader in sustainability within the Pharmaceuticals, Biotechnology & Life Sciences Industry eight years in a row by the Dow Jones Sustainability Indices (DJSI).
The Roche Group, headquartered in Basel, Switzerland, is active in over 100 countries and in 2016 employed more than 94,000 people worldwide. In 2016, Roche invested CHF 9.9 billion in R&D and posted sales of CHF 50.6 billion. Genentech, in the United States, is a wholly owned member of the Roche Group. Roche is the majority shareholder in Chugai Pharmaceutical, Japan. For more information, please visit www.roche.com . 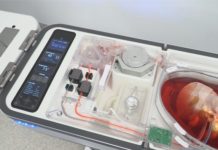 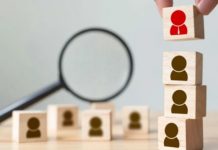 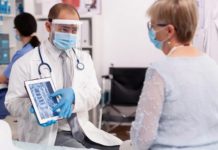