Home Industry Updates Press Releases Metastatic Breast Cancer May Be Slowed By HIV Drug
Facebook
Twitter
Google+
Pinterest
WhatsApp
The HIV drugs known as CCR5 antagonists may also help prevent aggressive breast cancers from metastasizing, researchers from the Kimmel Cancer Center at Jefferson suggest in a preclinical study published in a recent issue of Cancer Research.
Such drugs target the HIV receptor CCR5, which the virus uses to enter and infect host cells, and has historically only been associated with expression in inflammatory cells in the immune system. Researchers have now shown, however, that CCR5 is also expressed in breast cancer cells, and regulates the spread to other tissue.
What's more, blocking the receptor with the CCR5 antagonists Maraviroc and Vicriviroc, two drugs that slow down the spread of the HIV virus by targeting the CCR5 co-receptor of the chemokine CCL5, also prevents migration and spread of breast cancer cells, the researchers found.
"These results are dramatic," said Richard Pestell, M.D., Ph.D., FACP, Director of Jefferson's Kimmel Cancer Center and Chair of the Department of Cancer Biology at Thomas Jefferson University, and study senior author. "Our team showed that the CCR5/CCL5 axis plays a key role in invasiveness, and that a CCR5 antagonist can slow down the invasion of basal breast cancer cells."
"This suggests it may prove to be a viable adjuvant therapy to reduce the risk of metastasis in the basal breast cancer subtype," he added.
Basal tumors, which do not express the androgen or estrogen receptors or HER-2, are typically associated with metastasis and often do not respond to hormonal therapies. Current treatments include chemotherapy, radiation, and surgery, but all demonstrate poor outcomes, thus highlighting the urgent need for a specific targeted therapy for the subtype.
For the study, Dr. Pestell and colleagues investigated the CCL5/CCR5 axis expression in human breast cancer cell lines and the effect of CCR5 antagonists in vitro and in vivo.
An interrogation was conducted using a microarray dataset to evaluate CCR5 and CCL5 expression in the context of 2,254 patient breast cancer samples. Samples in the dataset were assigned to five breast cancer subtypes, including luminal A, B, normal-like, basal and HER-2 overexpressing disease.
The analysis revealed an increased expression of CCL5 and CCR5 in patients with basal and HER-2 subtypes, with 58 percent indicating a positive CCR5 and CCL5 signature. The team showed that oncogenes turn on the CCR5 receptor in normal breast cells as they became transformed into cancer cells. Spread of those cells is also regulated by CCR5, they found.
To evaluate the functional relevance of CCR5 in cellular migration and invasion, the team tested the drugs in 3-D invasion assays with two different cell lines. Here, too, they discovered that both antagonists inhibited breast cancer cell invasiveness.
Next, to determine its effects in vivo, the team injected mice with the antagonists and tracked invasiveness of the basal breast cancer cells to other tissue, i.e. lung, with bioluminescence imaging. Mice treated with the drug showed a more than 90 percent reduction in both the number and size of pulmonary metastases compared to untreated mice.
"Our preclinical studies provide the rational basis for studying the use of CCR5 antagonists as new treatments to block the dissemination of basal breast cancers," said Dr. Pestell.
These findings may also have implications for other cancers where CCR5 promotes metastasis, such as prostate and gastric. 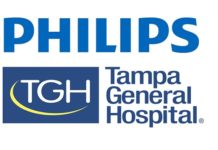 Robots on patrol, drones for inspections: NUHS makes use of technology...