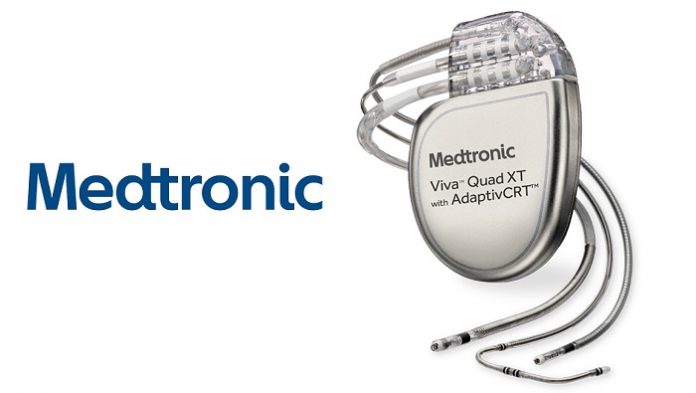 Two real-world analyses featuring the Medtronic plc AdaptivCRT(TM) algorithm reinforce that its use is linked to a reduction in atrial fibrillation (AF) episodes, as well as tied to higher patient activity levels.

The results, involving 408 patients with heart failure and a Medtronic cardiac resynchronization therapy (CRT) device at 26 centers in Italy, were unveiled at the European Heart Rhythm Association (EHRA) Scientific Sessions 2018 in Barcelona, Spain.

The first analysis revealed a significant reduction in the incidence of AF episodes of all measured durations (greater than: one hour, six hours, 12 hours, one day and seven days; p=0.017 for episodes lasting longer than six hours) in 210 patients with AdaptivCRT ON compared to 198 patients with conventional CRT.

“Atrial fibrillation is a common comorbidity among patients with heart failure,” said Professor Alessandro Proclemer M.D., of University Hospital Santa Maria della Misericordia, Udine, Italy. “Progression of AF is linked to an increased risk of stroke and death, so it is encouraging to see additional clinical data that again links AdaptivCRT with a reduction in the incidence of AF in these patients.”

The second analysis showed AdaptivCRT was significantly and independently associated with a higher daily activity level for patients with the feature ON compared to those with conventional CRT (AdaptivCRT ON at 3.1 hours vs. AdaptivCRT OFF at 2.6 hours; p=0.010).

“This finding is important since heart failure patients with low activity levels are more likely to be hospitalized, or even die,” said Saverio Iacopino M.D., of Maria Cecilia Hospital in Cotignola, Italy. “We want our patients to be as active as possible, given the seriousness of their heart condition.”

Heart failure is a progressive condition, affecting more than 26 million people worldwide. CRT is an established treatment for some heart failure patients that uses an implantable defibrillator (CRT-D) or pacemaker (CRT-P) to improve the pumping efficiency of the heart.

The AdaptivCRT algorithm – first available on Medtronic CRT-Ds in 2013 and CRT-Ps in 2014 – adjusts the way the implanted device paces the heart according to minute-to-minute evaluations of each patient’s rhythm. Evidence from the randomized clinical trial demonstrated that AdaptivCRT increases CRT response rate, reduces unnecessary right ventricular pacing, and improves clinical outcomes for patients with normal AV conduction.1-4 Additional analyses showed AdaptivCRT reduces patients’ odds of a 30-day heart failure readmission5, and reduced their risk of AF1.

“The AdaptivCRT feature continues to perform consistently in a variety of settings – the rigor of a randomized, controlled trial, as well as in real-world settings – and is associated with a significantly reduced risk of AF,” said Kweli P. Thompson, M.D., M.P.H., vice president and general manager of the Cardiac Resynchronization Therapy business, part of the Cardiac Rhythm and Heart Failure division at Medtronic. “Our broad portfolio of cardiac devices helps physicians detect, reduce, respond to and treat AF.”