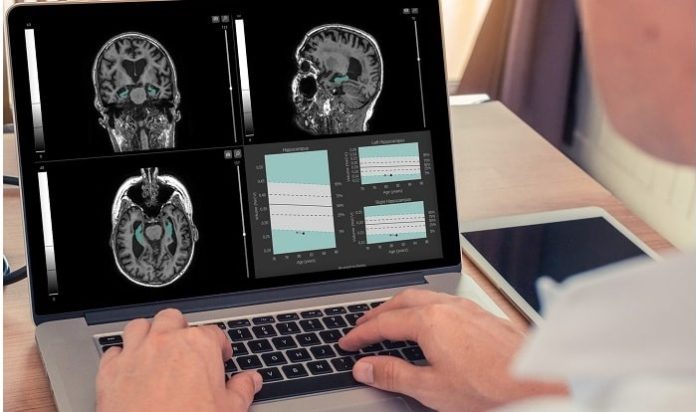 QYNAPSE, a medical technology company, announced that it received U.S. FDA 510(k) clearance for its QyScore® software. QyScore® provides robust and precise analyses of brain MRI markers that intervene early in the process of neurodegenerative diseases such as Alzheimer’s disease, Parkinson’s disease or multiple sclerosis.

The software combines an advanced user interface with patient reports that are generated automatically in minutes. The results are presented in comparison to a healthy subjects database, supporting neurologists and radiologists in their clinical decision-making. QyScore® is compatible with the clinical routine workflow to support differential diagnosis and measure of clinical progression and is also used in clinical trials for monitoring of drug efficacy and safety.

According to Pr. Bruno Dubois, Professor of Neurology at Sorbonne University, and Director of the Memory and Alzheimer’s Disease Institute (IM2A) at Pitié Salpêtrière Hospital in Paris, “QyScore® makes a difference for the diagnosis of dementias at an early stage of the disease when it remains a challenge. The automatic quantification of markers such as brain atrophy, white matter hyperintensities and more, provides highly valuable help to support a timely diagnosis and an efficient monitoring of disease progression.”

The software demonstrates its value by quantifying longitudinal changes of regions of interest in the brain, eliminating the inter- and intra-rater variability in images reading, and reducing the time and cost of image analysis.

Commercialization of QyScore® started in Europe following the CE mark approval in September 2017.

“FDA clearance is a major milestone to expand the commercialization of the software within the U.S.,” said Olivier Courrèges, CEO of Qynapse. “Qynapse will accelerate collaboration with experts and healthcare providers in the U.S. to pursue its journey for better patient care in neurology.”