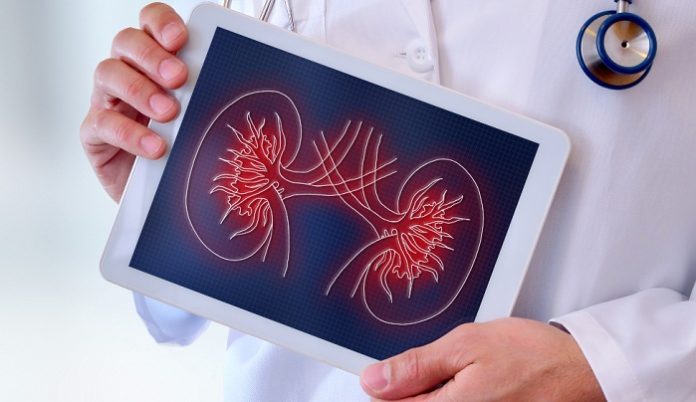 “Despite the availability of antihypertensive medications, many patients fail to control their hypertension, a dangerous condition that can lead to heart attack and death. Clinical data from the ACHIEVE, RADIOSOUND, RADIANCE-HTN SOLO and TRIO trials show that ultrasound renal denervation with the Paradise System can lower blood pressure and is a new treatment option for physicians to help their selected patients,” said Prof. Felix Mahfoud of Saarland University Hospital and chairman of the Arterial Hypertension Working Group of the German Society of Cardiology (DGK), who served as study investigator for the RADIANCE-HTN SOLO and TRIO trials. “We are pleased to be one of the first hospitals in Europe to offer renal denervation with ultrasound.”

In Leipzig, the first procedure was successfully performed at the Heart Center Leipzig at the University Clinic for Cardiology. There, Prof. Dr. Philipp Lurz and PD Dr. Karl Fengler led the RADIOSOUND trial, and both have participated in the RADIANCE-HTN SOLO and TRIO studies in patients with uncontrolled hypertension.

Paradise ultrasound renal denervation is a device-based, minimally invasive procedure for the treatment of high blood pressure. During the procedure, which usually takes less than an hour, the Paradise catheter is placed in the renal artery. Typically, three doses of ultrasound energy lasting a few seconds are applied to each of the main arteries leading to the kidneys. The ultrasound emissions denervate the renal nerves and cause a reduction in sympathetic nervous system activity, which can result in lower blood pressure.

In September 2021, the European Society of Hypertension published an updated position paper stating that renal denervation “is effective in reducing or interrupting the sympathetic signals to the kidneys and decreasing whole body sympathetic activity.” The society noted that five independent sham-controlled randomized clinical trials—including RADIANCE-HTN SOLO and TRIO—provide “conclusive evidence” that renal denervation can lower ambulatory and office blood pressure both in patients with and without concomitant antihypertensive medication.

“The Paradise System has generated a significant body of clinical evidence in the ACHIEVE, RADIOSOUND, RADIANCE-HTN SOLO and TRIO studies—executed over a number of years in centers across the U.S. and Europe—showing a significant lowering of blood pressure in patients with uncontrolled hypertension,” said ReCor President and CEO Andrew M. Weiss. “The Paradise treatment offers patients and their caregivers a new option to treat their hypertension. We are pleased to make this new therapy available in Germany, and we look forward to introducing the Paradise System to more European countries soon.”

Hypertension is one of the leading contributors to disease burden worldwide, leading to increased cardiovascular morbidity and mortality, impaired quality of life, and increased cost to health systems. Based on meta-analyses of randomized trials using pharmacological treatments, a decrease of 10 mmHg in office systolic blood pressure is estimated to lower the incidence of cardiovascular events by 20%. Despite the broad availability of antihypertensive medications, access to drugs and adherence remain challenging for patients and physicians.

ReCor Medical, headquartered in Palo Alto, Calif., is a medical technology company focused on transforming the management of hypertension, the leading cardiovascular risk factor in the world. With its Paradise System ReCor has pioneered the minimally invasive use of ultrasound in renal denervation to treat patients with hypertension. The Paradise System is an investigational device in the United States. It is approved for sale in the EU and bears a CE mark. The company has completed two randomized, sham-controlled studies of the Paradise System in patients with both moderate hypertension and those resistant to standard medical therapies. ReCor is currently conducting its FDA IDE pivotal study, RADIANCE-II, and pending successful completion, will submit for PMA approval to market the therapy in the United States.