The company was sued by a qui tam relator, or whistleblower, under the Federal False Claims Act which allows citizens to stand in the shoes of the government to recover money paid based on false claims.

The settlement alleged Mobile Medical billed Medicare for services and equipment not provided, worth less than claimed, or ineligible for reimbursement.

The company denied wrongdoing but, on December 16, made a down-payment of $1.05 million and agreed to pay $3.5 million over the next five years.

"It's important to safeguard the Medicare program and make sure that everyone who participates follows the billing rules," said Mike Tobin of the U.S. Attorney's Office for the Northern District of Ohio to the Cleveland Plain Dealer.

Filed in 2010, the case remains under seal except for the settlement agreement and consent judgment entry.

The settlement states that:

The United States contends it has certain civil claims against Mobile Medical arising from the submission of claims generated and/or billed to Medicare by or on behalf of its facilities during the period from January 1, 2009 through December 31, 2012, for the following:

Warner Mendenhall, the relators' attorney, said "medical services companies seek competitive advantage by the behaviors the relator exposed. The Federal Government has proven it will force medical providers to play by the rules.  This settlement sends a message to others violating federal law for profit.  The real victims of bad behavior are the patients."

The company has entered a corporate integrity agreement and agreed to cooperate fully and truthfully with the United States' investigation of individuals and entities not released in the Agreement. 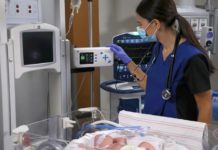 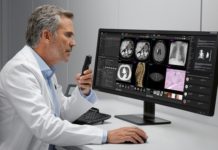 MyMeds&Me and conversationHEALTH announce partnership to revolutionise the virtual interaction between...