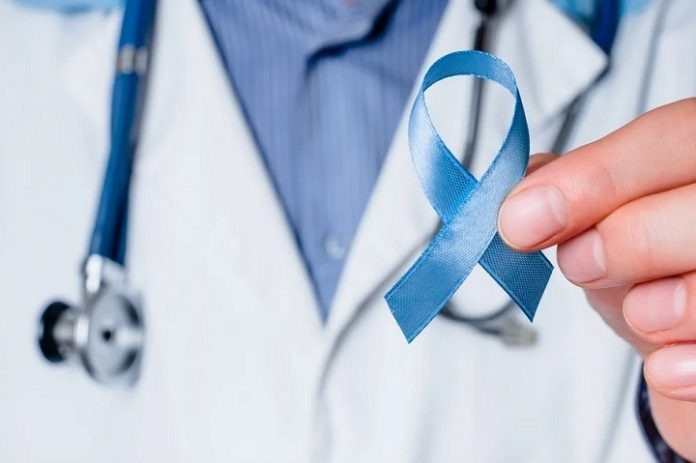 There are two ways to reach the prostate when performing a prostate cancer biopsy: the transrectal and the transperineal approach. A transrectal biopsy, which has been the standard of care for several decades, involves passing a needle through a patient’s rectum to access the prostate to take tissue samples. But due to anatomical limitations with a transrectal biopsy it is often difficult to reach all areas of the prostate, especially the anterior portion where aggressive cancer often resides. A transperineal biopsy involves passing a needle through the perineum, which is the area of skin between the rectum and scrotum. By entering the prostate via the perineum, clinicians can access and thoroughly sample the entire prostate including harder-to-reach areas such as the anterior portion.

Several decades ago, there was no effective technology available to facilitate performing a transperineal biopsy. In the early 2000s, urologists retrofitted a brachytherapy grid-stepper and instead of using this to deposit radioactive seeds into the prostate, a biopsy needle was inserted to gather tissue samples using the transperineal approach. The grid-stepper dramatically improved biopsy accuracy but presented several drawbacks. It required clinicians to puncture a patient’s perineum up to 60 times, presenting a number of complications such as urinary retention. It also makes the biopsy procedure long (up to an hour) and requires use of an operating room or ambulatory surgery center and general anesthesia.

In the last few years, advancements in technology have resulted in a new device and surgical method that enables a transperineal biopsy but only requires two punctures in the perineum to thoroughly sample the prostate. It can be performed under local anesthesia in an office setting in a brief procedure. This new device works by passing a needle vertically through the perineum, allowing clinicians to reach all areas of the prostate including the anterior portion where more aggressive cancerous lesions often reside.

Performing a transperineal biopsy freehand means urologists hold an ultrasound probe in one hand and pass a biopsy needle through a guiding needle inserted into the perineum with the other hand. Using a guiding needle allows for multiple passes of the biopsy needle through only a few skin puncture sites while maintaining the ability to sample most of the prostate gland. But having the ultrasound probe untethered to the biopsy needle means that tissue sampling using this freehand method is often inaccurate and cannot be standardized. This method also results in a significant learning curve for clinicians who perform the procedure. The newly available device described previously offers a solution – it still allows urologists to perform a biopsy freehand, but they can manipulate the biopsy needle in symphony with the ultrasound probe and have full control of the process. Urologists can target the desired locations with certainty in a strategic and parallel direction. The free-handed technique with this new device also employs hand-eye skills intuitive to urologists already performing transrectal biopsies, which often results in a short learning curve.

Given the limitations in sampling the entire prostate with the transrectal approach, up to 30% of cancer is either not identified or mis-classified.1 But research shows that performing the transperineal approach with the new device results in about 30% better prostate cancer detection rates as it allows clinicians to access all areas of the prostate including often hard-to-reach areas. 2

Infections including sepsis, which is potentially fatal, are a common concern when using the transrectal method because a biopsy needle must be inserted into a patient’s rectum multiple times (typically about 12) to access the prostate gland to take tissue samples. This method can introduce fecal matter and bacteria into the prostate with each pass of the needle, putting patients at risk of infection. The transrectal approach is associated with about a 5-7% infection rate. 3 On the other hand, the transperineal method significantly reduces the risk of infection by inserting a biopsy needle through the perineum instead of the rectum. Transperineal biopsies performed with the new device result in a nearly 0% infection rate. 4

The transperineal approach to prostate biopsy with the new device is currently being used in 13 countries around the world. Use of the transperineal method presents several advantages for patients as well as healthcare systems worldwide. By significantly reducing the risk of infection, a transperineal biopsy may decrease costs associated with treating infections, especially those resulting in hospitalizations and sepsis, which can be substantial for both healthcare providers and patients. Healthcare systems also benefit because the transperineal approach with the new device can potentially detect cancer earlier and more accurately, allowing more patients who are under active surveillance to seek potentially life-saving treatment.

There are many regions around the world where transrectal biopsies are being actively phased out and steps are being taken to shift the standard of care to transperineal biopsies. For example, the European Association of Urologists has changed their guidelines, recommending that a transperineal biopsy be offered unless it cannot be performed for certain reasons. In Australia, reimbursement for prostate cancer biopsies has been reduced for clinicians who use the transrectal approach. As a fierce advocate for the transperineal biopsy, I am dedicated to building broader awareness of the benefits this approach presents to clinicians, patients and healthcare systems. I will continue to work tirelessly to educate the medical community including highlighting new advancements in technology that enable a safer and more precise biopsy with the transperineal approach. I am confident that more clinicians will recognize the significant advantages of this approach and it will become standard of care in urology in the years ahead.

The transperineal method can be performed under nearly the same parameters as the transrectal approach that many clinicians are familiar with, meaning there is often a quick learning curve. As mentioned previously, there is a new device available that allows clinicians to perform a transperineal biopsy and several training sessions are offered including in-person demonstrations to help them learn how to use the device appropriately before it is put into practice. 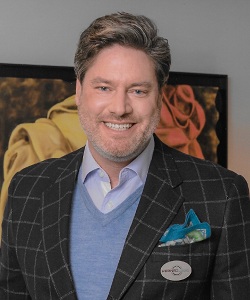 
Urologist at Urology Associates in Maryland. 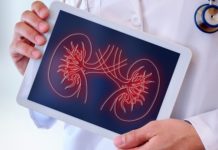 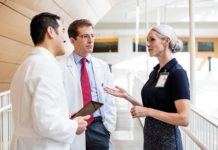