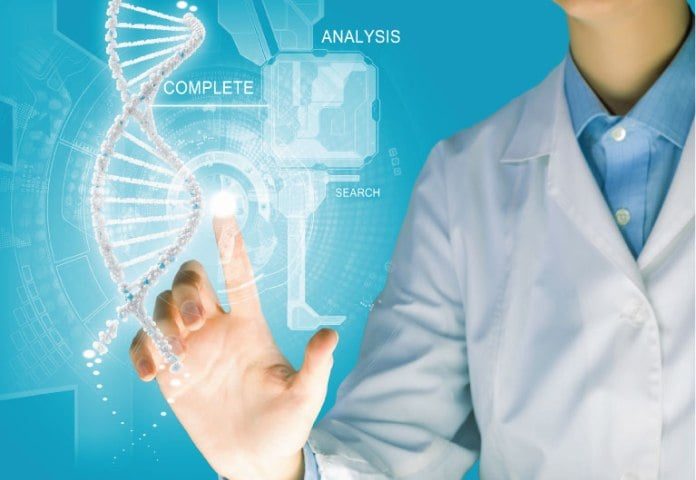 Thanks to a new technology that rapidly, robustly and automatically integrates real-time ultrasound images with previously-acquired 3-D computed tomography images, doctors can see inside the body as never before, thus performing needle biopsies and ablations with confidence.

Whoever thought that flesh and blood could be transparent? That you could look at a monitor and see through a section of a living human body in detail and in real time? And yet, like mariners steering a periscope to the safest point just above the waves, doctors looking to determine the exact nature of a lesion in a patient’s liver, for instance, are now able to guide a biopsy needle to its target as if the patient were indeed transparent.

It all begins with a 3-D computed tomography (CT) scan (or eventually an MR scan) that may have been ordered for a range of reasons. Let’s say that the scan reveals an anomalous body about a centimeter in diameter. Even if the lesion’s shape and other characteristics do not indicate any sign of malignancy, a biopsy will generally be ordered. The question is, how can a radiologist know exactly how deep the biopsy needle should go and at precisely what angle to point it? “Until now, accurate tissue characterization of nodular lesions under 3 cm was very challenging due to limited certainty that the needle would actually meet its mark,” explains Research Scientist Ankur Kapoor of Siemens Corporate Technology (CT) in Princeton, New Jersey. “Such an approach has significant therapeutic implications in terms of tumor progression, metastases and mortality.” But today, thanks to a new technology called “eSieFusion™ imaging” that puts 3-D CT and live ultrasound (US) images on the same screen, “even lesions as small as 2.5 cm — depending on the transducer and location of the pathology — can be accurately targeted,” says Mamadou Diallo, Staff Engineer and eSieFusion™ feature Project Lead at CT in Princeton. “The technology opens the door to earlier analysis and treatment, heightened accuracy, reduced risk, and lower costs. 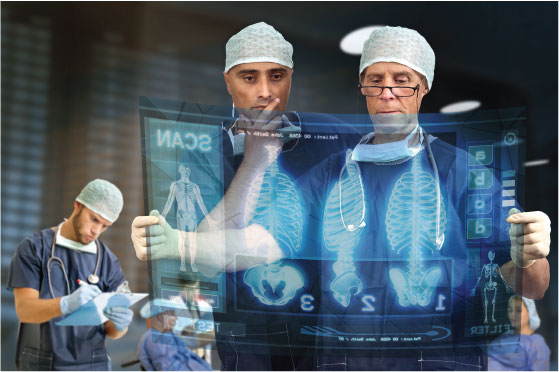 “Until now, accurate tissue characterization of nodular lesions under 3 cm was very challenging due to limited certainty that the needle would actually meet its mark. Such an approach has significant therapeutic implications in terms of tumor progression, metastases and mortality.”

Originally spawned by a Siemens-sponsored PhD thesis in 2005 and FDA approved in late 2012, eSieFusion imaging, which is now available on Siemens’ ACUSON S3000™ ultrasound systems, creates a virtual 3-D window through the body by integrating the information from two completely different sources: the patient’s imported 3-D CT scan and his or her real-time ultrasound images.

Like an automotive navigation system, the CT information provides a map of the area of interest, where anatomical structures and the final destination — the lesion — are illustrated. The map can even include pre-treatment annotations that draw attention to areas that should be avoided by the needle. Overlaid on this map are the patient’s real-time ultrasound images. Siemens’ unique software, which discovers all the points of similarity between each CT image and each ultrasound image, creates rapid and robust alignment between the two.

Naturally, a third element must be added to this already data-rich environment: the real-time position of the needle tip. To integrate this into the picture, eSieFusion imaging’s “eSie Guide™ needle tracking” technology uses an external box that generates a weak magnetic field. With the help of a position sensor on the ultrasound transducer (the sensor head that touches the patient’s body) and a tiny coil inside the tip of the needle, the box tracks the positions of both as they move within the magnetic field. “The tracker box feeds the information back to the ultrasound machine and, with the help of a proprietary mathematical model, the coordinates of the ultrasound image and the needle’s position within it are graphically fused in the eSieFusion imaging application,” explains Kapoor.

“The tracker box feeds the information back to the ultrasound machine and, with the help of a proprietary mathematical model, the coordinates of the ultrasound image and the needle’s position within it are graphically fused in the eSieFusion imaging application,”

The key feature in all of this is the ability of eSieFusion imaging to automatically align ultrasound images with CT images — a significant achievement considering that even when depicting exactly the same part of the body, these two modalities deliver radically diifferent-looking pictures. To overcome this challenge, Siemens scientists came up with a technology that allows eSieFusion imaging to transform each CT image slice into a pseudo ultrasound image. “The ability to do this is based on knowledge about the transparency and reflectivity of tissues in ultrasound and CT,” explains Diallo.

In a second step, which is designed to optimize alignment, eSieFusion imaging compares the pseudo ultrasound images with a sample of real-time ultrasound images of the area to be examined. But this process is far more complex than “just” comparing two images. The CT image, after all, is a 3-D volume composed of hundreds of “slices,” each of which is a separate image. The new fusion technology therefore “rotates the CT volume image, calculates the position of each spot within a slice, and with each fraction of a degree of rotation generates a simulated ultrasound image. The technology then compares all its points to the latest real-time ultrasound image, calculates the similarities with the previous image, and chooses those similarities that are the best ones.

Not only is this process rapid, it is also extremely robust. “The system constantly compares all of the values in all of the images to ensure that they are all lining up,” says Diallo. “It maximizes the similarities from image to image as it goes through the volume.” Diallo and Kapoor point out that this combination of Siemens proprietary technologies results in accelerated workflow, which differentiates eSieFusion imaging from every other system on the market. “Other systems require the doctor to line up landmarks in the CT and US images,” says Kapoor. “That takes more time. In contrast, although our system also offers this manual option, it provides an automated answer in most cases. And it requires only about three seconds for alignment.”

Once eSieFusion imaging has completed alignment of the two image sets, the interventional procedure can begin. The eSie Guide feature produces two yellow guide lines that indicate the needle’s optimal path. The system also displays a graphic dot in the ultrasound image that indicates the needle’s projected intersection point with its target. As the needle approaches the target, the dot becomes smaller and smaller. Once the needle punctures its target, cells are aspirated and the core tissue sample is removed for lab analysis — a procedure that should be repeated multiple times because of the heterogeneous nature of cancerous lesions.

“The system constantly compares all of the values in all of the images to ensure that they are all lining up.”

If malignant cells are discovered, chemotherapy is usually initiated in order to minimize the threat of metastasis. During this follow-up stage, the lesion’s response to treatment can be tracked on an outpatient basis using eSieFusion imaging, thus reducing costs and radiation exposure since additional CT scans may be obviated.

If the lesion does not respond to chemotherapy, eSieFusion imaging makes the next treatment option — ablation — more precise than ever. Here, once the needle has been positioned inside the target, the sensor at its tip is replaced with an electrode that applies heat. “As this happens,” says Kapoor, “water molecules in cells become gaseous and hyper-echoic. In the context of the annotated outline of the lesion, the doctor can watch the electrode eliminate the remaining lesion.”

“Other systems require the doctor to line up landmarks in the CT and US images. That takes more time. In contrast, although our system also offers this manual option, it provides an automated answer in most cases. And it requires only about three seconds for alignment.”

Although eSieFusion imaging was only recently commercialized, early adopters are delighted with their results. “It allows us to signi_cantly speed up our work_ow,” says Dr. Dirk-André Clevert, Assistant Professor and Section Chief of the Interdisciplinary Ultrasound Center at Munich University Hospital Grosshadern, Germany, one of the _rst physicians to test it.

What might the next steps be for this highly promising technology? “Although eSieFusion imaging was developed with liver lesions in mind, it is applicable to a variety of conditions,” says Diallo. For instance, he explains that, in areas such as the shoulder and foot, if there is a hairpin crack in a bone or a tendon has been pulled away from a bone, it could be used to inject a pain killer into the exact spot that is causing the pain.

In addition, although eSieFusion imaging already supports magnetic resonance imaging (MRI), automatic alignment of images from this modality is on the horizon. Such a step might further enhance safety thanks to the fact that MRI makes it possible to see nerves. “The new eSieFusion imaging system is already the fastest current technology for performing biopsies and ablations,” says Kapoor; “but it will go much further in the future.” 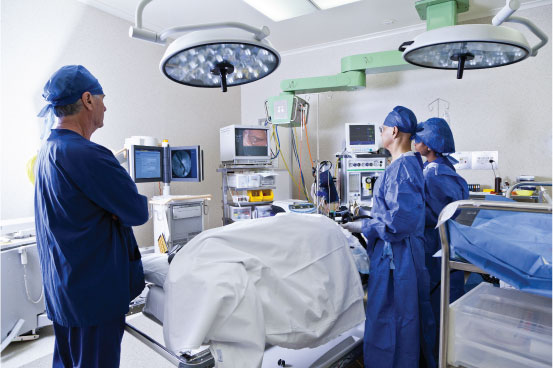 Pictures of the Future magazine, Siemens’ _agship publication is distributed to the worldwide research and development community, universities, government programs, and technology journalists. It is published twice a year and has a circulation of 100,000. All articles can be accessed at www.siemens.com/pof 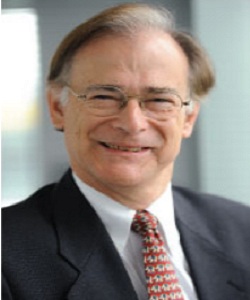