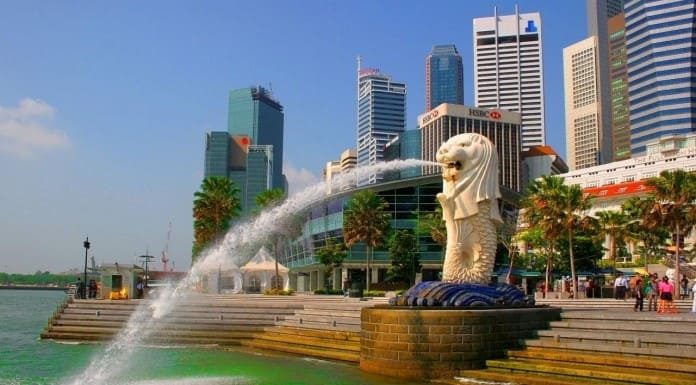 As other countries continue to grapple with the issue of how to implement a nationwide electronic health record, Singapore’s Ministry of Health (MOH) has embarked on its journey to build a National Electronic Health Record (NEHR) system that provides a common access point for medical information for its population of 5.1 million. It has identified some useful lessons in its ongoing journey to improve quality of care and health outcomes while optimizing efficiency and cost.

2 Value the importance of governance

The solution blueprint for Singapore’s NEHR included a framework for sophisticated business logic, analytics, decision support and other services. For the initial phase, however, Singapore focused on “Continuity of Care”. The requirements for achieving this initial vision: a rich, view-only system with clinical events, investigation reports, radiology reports, alerts and allergies, immunization records, medications and a host of supporting documents (such as discharge summaries and emergency department notes).

The project is led by MOH Holdings (MOHH), the holding company of Singapore’s public healthcare assets. Over the long term, MOHH plans to incorporate new capabilities into the system. But in the short term, the organization opted to think big but start simple. This approach enabled the project team to address three fundamental challenges:

I.  Managing data from multiple sources.

Bringing together the various data sources across Singapore introduced a host of complexities around data codification and standards. Because of the number and diversity of healthcare organizations and their clinical systems, there were significant variations across the data. Some data were coded (using medical coding to denote specific diagnoses or procedures); and some were uncoded (using narrative or free-form descriptions instead of a set of widely agreed upon codes). Similarly, some data and documents were highly structured, while others were unstructured, offering only large chunks of text. Some data items were well populated by one organization, but poorly populated by another.

The team also encountered different definitions of basic concepts, such as “movement”, “visit”, “event” and “episode”. Mapping multiple hospitals’ approaches to a common data model proved an important challenge—one the team had to overcome before it could address more sophisticated analytics and decision support objectives.

A deep dive of the actual production data from source systems uncovered many of the subtleties in codification, structure, availability and meaning. This drove the design team to focus on making use of the as-is data, rather than what the data could potentially be. The rational was that a system which interprets data or provides derived data could introduce clinical risks if the underlying data had gaps or differences in meaning.

Thus, the complexity of disparate data from multiple sources was overcome by the use of production data analysis and the decision to focus on raw data for the initial release.

By using screen mock-ups of the NEHR in clinician workshops, the team in Singapore was able to identify which features and functionalities appealed to end users. The project team engaged clinicians as early as possible in the process, in order to understand their preferences and help drive towards a simpler and more intuitive interface.

An integrated approach helped to ensure that the functionality and data could be supported operationally and technically. Quite simply, the solution had to work: it had to be able to meet service level agreements, and it had to be maintainable in a way that was feasible and pragmatic.

2 Value the importance of governance

In a perfect world, all data sources would provide uniform and quality data. Of course, the real world is far more complicated. With that in mind, it was important to focus on understanding up front what was available and work within those confines to aggregate data without losing meaning. The work in Singapore also underscored the importance of governance in bringing together organizations and systems. Three types of governance were put in place:

The work in Singapore reinforced the need for specific activities and assets to support effective governance. Regional or national EHRs need formal data-sharing agreements that provide a legal framework for defining the responsibilities of the participating entities. In Singapore, where many of the organizations, systems and sources of data fall under the same government, such agreements were relatively simple to achieve. In other jurisdictions, where public and private-sector heath organizations intersect, these agreements would likely be more complex and much more critical.

Another important area was policy—including privacy policies, patient enrollment, and data sensitivity considerations.  These policies had to be addressed early in the process, as the decisions would affect solution design.

MOHH and Accenture also designed the Singapore architecture to be inherently flexible—making it easier to implement changes as policies evolves over time.

From the beginning, MOHH and the project team took a disciplined approach to security operations, technical operations and service management. In addition, operational areas specific to an EHR were defined. These included:

I.  User provisioning and developing clear procedures for granting role-based access to the system

The project also underscored the importance of the following:

It was critical to understand the plans for source system upgrades and enhancements, as these changes could have significant impact on the EHR system.

This was performed for historical data load and in the initial stages of message integration and was key to anticipating the types and frequency of errors, and the possible risks.

Achieving Singapore’s goal to build and deploy a robust NEHR is an ongoing process that began with the country’s “One Singaporean, One Health Record” vision where patients are able to move seamlessly within an integrated care system. Despite its challenges, the journey stands as an example of efforts that can be made to improve quality of care and health outcomes while optimizing efficiency and cost.