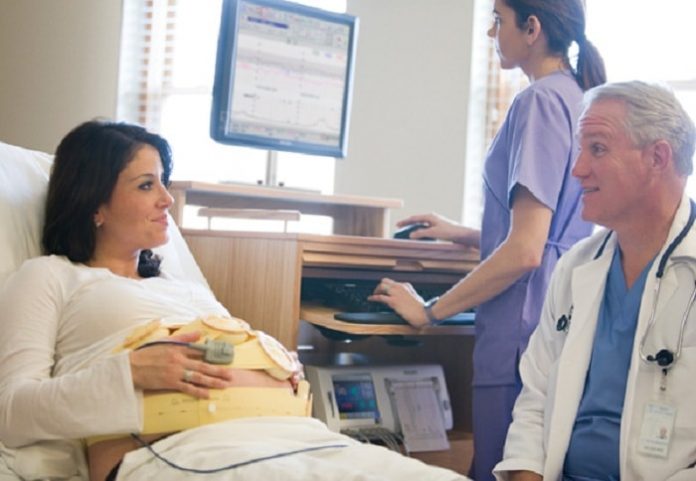 The increasing number of high-risk pregnancies is placing greater demands on hospitals and obstetrical clinicians worldwide – and is resulting in a need for a higher level of fetal – maternal monitoring during both the antepartum and intrapartum delivery of care during pregnancy.

The increasing number of high-risk pregnancies is placing greater demands on hospitals and obstetrical clinicians worldwide – and is resulting in a need for a higher level of fetal – maternal monitoring during both the antepartum and intrapartum delivery of care during pregnancy. So it is of interest and importance to those who deliver obstetrical care to know how the latest technologies are helping to address these new challenges and demands.

Pregnancies with multiples comprise 2% – 4% of all live births in the United States an most developed countries, with the current frequency of high-order multiple births at 400-800% over the spontaneous rates observed in the late 1970s. [1]. In the United States alone, the rate of twin births has increased by 70% since 1980 and the rate of triplets  has increased more than 400% over the same time period. Although right now those numbers are stabilizing or slightly declining with the current rate of triplets is at 162 per 100,000 live births in the United States. [5]

The worldwide surge in multiple births is largely due to the improving results of assisted reproductive technology (ART) and the introduction of these techniques in more countries. [2] As more cradles are filled, however, this multiple-birth trend has lead to a substantial increase in high-risk pregnancies. [1] Compared with 25% of singleton gestations, over 80% of multiple pregnancies develop complications antenatally. [5]

Fetal monitoring is the standard of care in most modern labor and delivery care settings, but with increasing multiple births, monitoring of twins and triplets is now a required functionality. Even the smallest community hospital today can expect to see its fair share of multiple births. Today’s new generation of fetal monitors can provide non-invasive triplet monitoring in one device and offer solutions for patients’ desire for ambulation as well as caregivers’ needs to be away from the bedside during labor.

Various societal factors have impacted pregnancy risk factors. Due to major changes in the lifestyle of women during the second half of the 20th century, the age at which childbirth is desired has advanced in most developed countries. [1] In addition, increased risk during pregnancy is attributed to younger age as well as advanced age, [3] and according to a December 2007 report from the Centers for Disease Control and Prevention, the birth rate among teenagers 15 to 19 in the United States rose 3 percent in 2006. [4] Add to this the fact that health concerns such as diabetes and obesity are on the rise in women of child-bearing age, which can jeopardize a pregnancy, and the fact that more women are conceiving with in-vitro fertilization (IVF), which can result in multiple births. [1] Together these factors contribute to a growing frequency of high-risk pregnancies and deliveries with potential adverse complications that include preeclampsia, gestational hypertension, and placental abruption. [5]

Lawrence Devoe, M.D., professor and former chair of the Department of Obstetrics and Gynecology with the Medical College of Georgia, explains the greater demands created by ART. “IVF is providing a child to families whose inability to conceive naturally would otherwise leave them childless. But the flip side of that is an increased rate of multi-fetal gestation, which in turn creates a situation of elevated risk not found in a single pregnancy. And even with a single pregnancy, with IVF we are often dealing with a population that can be of an older age and with an elevated risk of medical problems such as hypertension and diabetes.”

Minimizing risk is of paramount importance with the IVF population, Dr. Devoe points out. “You can’t predict the future but you can maintain an appropriate level of vigilance. The argument for the widespread use of fetal monitors is that without them, the unpredictability of labor can lead to unnecessary jeopardy for the mother and baby. Two common complications of labor are placental failure and placental dysfunction, which are not always possible to predict. The family that has undergone IVF has made a huge investment of time, energy, emotion and capital in having a child. You want to stay as far away from trouble as possible. They are perhaps the most risk-averse population one could find.”

The changes in obstetrical care and obstetrical patients as outlined above has resulted in a whole new set of requirements to address these previously unmet needs needing to be addressed in state of the art fetal maternal monitoring solutions.

This is why high-level fetal – maternal monitoring solutions make a difference. When considering an investment in fetal- maternal monitoring technology for multiple births and other high-risk situations, it is prudent to consider certain features that are available on the market today:

Because women generally make the majority of a family’s healthcare decisions, an obstetrics department can be considered an important marketing arm of a hospital. A reassuring and satisfying birth experience can leave a significant impression and can result in the utilization of subsequent services and referrals to others. Another consideration is that today’s patients are educated and savvy. The availability of health information on the Internet and via print publications has resulted in patients who are aware of their options and who are requesting the highest level of clinical care and technology that is available.

It is the responsibility of companies developing fetal-maternal monitoring solutions to work toward continuous innovation of technology to help the clinicians deliver better care and help improve outcomes. This must be balanced with providing the best returns on investment for each tight healthcare dollar and meeting diverse worldwide needs with affordable products that provide attractive long term cost of ownership.

Dr. Devoe has attended over 10,000 deliveries in his 39 years of practice and published one of the earliest studies involving the monitoring of multiples in the 1980s. “Fetal monitors are the first line of defense, especially when a nurse or physician can’t be at a bedside all the time,” he concludes. “I can’t even begin to tell you have many babies I’ve personally intervened with whose outcome would have been a great deal different if not for fetal monitoring.” 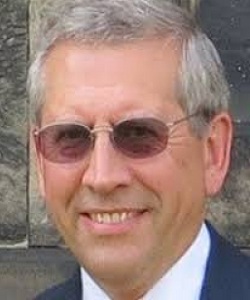 He is responsible for managing patient monitoring’s global marketing initiatives, which include overall product solution portfolio management, worldwide outbound marketing communication, and business development across the three primary market segments Critical & Cardiac Care, Anesthesia Care and Perinatal Care. Mr Russell is currently based in Boeblingen, Germany at the Philips Medical Systems Boeblingen GmbH facility and has also been based 2002 to 2005 at the Philips Medical Systems Headquarters in Andover MA USA.

He has a B.Sc. Honours degree in Electrical and Electronic Engineering from the University of Leeds in England and is a Chartered Engineer of the IEE.