On an ongoing basis, Barco has supplied RFD-251 series rugged flat panel displays and AVS-5100 graphics controllers, which are specifically engineered for C4ISR mission-critical military applications. The foundation of this business is the AN/UYQ-70 (Q-70) program, widely used in U.S. Navy program applications for sea, land, and airborne military platforms, as well as foreign sales to Australia, Germany, Japan, Norway, and Spain.

The RFD-251 series display is a MIL-tailored 20.1” rugged LCD display, which offers superior operational performance in harsh military environments. It features a front-bonded optical stack for improved optical performance and superior ruggedization. The RFD-251 is a direct 19” rack and console mountable and can be remotely controlled via a serial link. The Automatic Phase Adjust function locks the sampling clock to drifting graphics generator clocks. Furthermore, the RFD-251 can be equipped with Barco’s unique patented LCD Flicker Compensation solution. 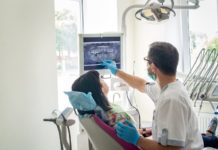