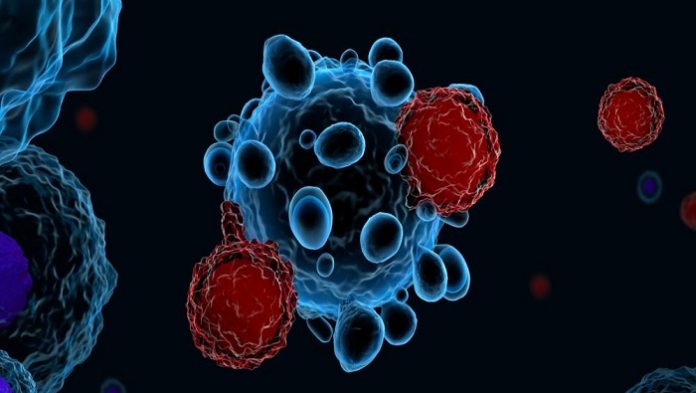 The risks associated with tisagenlecleucel are substantial, leading to care in intensive care unit in some cases, but were mitigated in most patients with supportive measures and cytokine blockade.

Previously, a single-centre phase I–IIa study, involving 60 children and young adults with relapsed or refractory B-cell ALL that was conducted at the Children’s Hospital of Philadelphia and the University of Pennsylvania, showed a rate of complete remission of 93% with tisagenlecleucel.

The treatment was associated with serious but mainly reversible toxic effects. The cytokine release syndrome occurred in 88% of patients and was effectively managed with supportive measures and anticytokine therapy, including the interleukin-6 receptor antagonist tocilizumab. Long-term disease control without additional therapy and with persistence of tisagenlecleucel for up to 4 years has been observed.

On the basis of these results, a phase II pivotal, global study of tisagenlecleucel was initiated. In this non-randomised study of CAR T-cell therapy carried in 25 study sites in 11 countries across North America, Europe, Asia, and Australia, tisagenlecleucel was studied in paediatric and young adult patients with CD19-positive relapsed or refractory B-cell ALL.

The study primary endpoint was the overall remission rate (comprising of the rate of complete remission or complete remission with incomplete haematologic recovery) within 3 months. In the NEJM, the study investigators reported the results of a planned analysis of data, including analyses of the efficacy, safety, and cellular kinetics of tisagenlecleucel in 75 patients with at least 3 months of follow-up.

The patients received an infusion of tisagenlecleucel. The overall remission rate within 3 months was 81%, with all patients who had a response to treatment found to be negative for minimal residual disease, as assessed by means of flow cytometry.

The median duration of remission was not reached.Persistence of tisagenlecleucel in the blood was observed for as long as 20 months.

Grade 3 or 4 adverse events that were suspected to be related to tisagenlecleucel occurred in 73% of patients. The cytokine release syndrome occurred in 77% of patients, 48% of whom received tocilizumab. Neurologic events occurred in 40% of patients and were managed with supportive care, and no cerebral oedema was reported.

The study team reported that tisagenlecleucel was administered as a single infusion, and most toxic effects were observed only during the first 8 weeks after infusion. The product could be administered in the outpatient setting. Patients who were treated in the outpatient setting were admitted for fever. The median time from the onset of the cytokine release syndrome to grade 3 or 4 levels was 3 days. Although nearly half the patients received care in an intensive care unit, the criteria for admission varied widely across institutions. A total of 25% of patients were treated with high-dose vasopressors, a treatment commonly administered in intensive care settings.