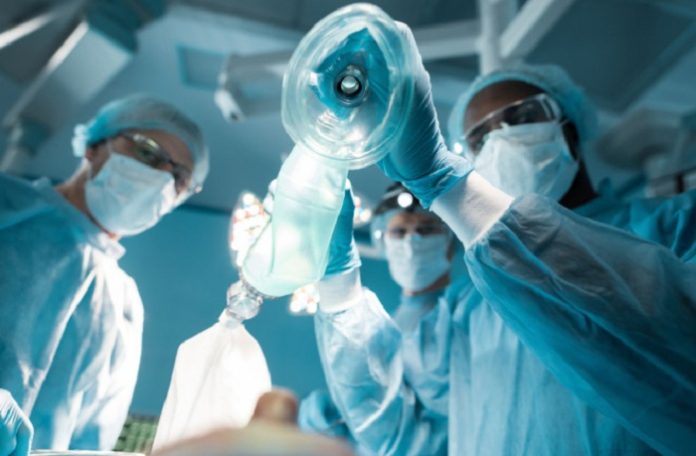 Anaesthesia is a state of controlled awarenessor temporary loss of sensation that is primarily induced for a wide range of medical purposes. It may contain some portion of analgesia that provides relief from any sort of pain, muscle relaxation, amnesia, and unconsciousness. An individual who has undergone the effects of anaesthetic drugs is considered to as being anaesthetized. Moreover, the anaesthesia allows the painless performance of processes that would otherwise cause intolerableor severe pain to an individual who is not anaesthetized. Mostly there are three broad categories of anaesthesia that exist: General anaesthesia, Sedation, Regional and local anaesthesia.

Sedation primarily suppresses the central nervous system to a lesser degree, which inhibits both creation of long-term memories and anxiety without the occurrence of unconsciousness.

Local and regional anaesthesia plays a crucial role in blocking the transmission of nerve impulses from a particular part of the body. Depending on the circumstances and situation, this may be utilized either on its own in which the individual remains fully in the conscious state or in combination with sedation or general anaesthesia.

The overall valuation of Global Anesthesia Drugs Market was valued at USD 6.8 billion in 2020 and is anticipated to reach at USD 8.93 billion in 2028, growing at a CAGR of approximately 3.47%.

The approximate rates from anesthesia-related deaths were 1.1 per million population yearly (1.45 for males and 0.77 for females) and 8.2 per million hospital surgical discharges (11.7 for men and 6.5 for women).

Changes in the Anesthesia Practices

There have been two notable shifts in the practice of anesthesiology in terms of impacting the changes that are happening recently and how things are expected to evolve in the upcoming years.

Several anaesthesia providers have started implementing these tools in order to improvise the entire control of health services while simultaneously monitoring the betterment of the patients. Moreover, in addition, the Anesthesia Information Management (AIMS) introduced the automation and digitalization of record-keeping to lessen mistakes and mishaps. These instruments have also shaped how anesthesiology carries on in terms of evolving.

On 13th July 2021, Hikma Pharmaceuticals PLC, an international pharma company, has introducedSucciniylcholine Chloride Injection, USP 20mg/mL in the United States, through its US affiliate, Hikma Pharmaceuticals USA Inc. In the overall treatment ofof COVID-19 patients the Succinylcholine Chloride Injection, USP played a very significant role. It is mostly utilized to facilitate the tracheal intubation as well as to relax the skeletal muscles during the procedure or while on mechanical ventilation.

As per the study that was published in the British Journal of Surgery, around 28.4 million elective surgeries were postponed or canceled in May 2020 on a global basis due to the disturbances of hospital services caused by COVID-19 pandemic situation.

Before 1980, most CRNAs and anesthesiologists performed as lone wolves. Anesthesiologists worked independently, and CRNAs were hired directly by hospitals. During the 1990s, group practices began to grow, and exclusive contracts began to augmentmost of the market. Since then,a lot of changes in the structure of anesthesiology have continued to occur more rapidly. Also, various smaller group-wise practices were conducted to have more negotiating power within the exclusive contracts.

By the 2000s, the mega entities came into action. These groups, which consist of more than a hundred practising providers, possessed the largest impact in terms of reshaping the anaesthesia market. As the most significant players in the game, and with better financial support from venture capitalists, these groups had the sufficient resources to easily gobble up the smaller groups & become national anaesthesia staffing organizations that could outplay the other market players that are existing in the competition.

Hence, this consolidation resumes to take up more momentum even today as more significant practitioners sell out and are willing to join these vast companies.