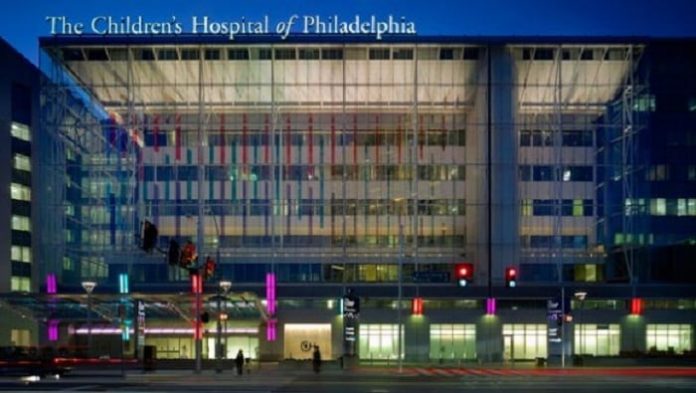 “We are honored to be named as a WAO Center of Excellence,” said Johnathan Spergel, MD, PhD, Section Chief of Allergy in the Division of Allergy and Immunology at CHOP. “This distinction recognizes not only the groundbreaking research being done at CHOP and Penn, but also the outstanding clinical care we deliver. We extend our thanks to all of the doctors, nurses and researchers throughout our Division, whose hard work helped us achieve this great honor.”

“This distinctive honor reinforces the goals of delivery of care to our patients with a focus on multidisciplinary approach across the Penn campus,” said Patricia Takach, MD, Interim Chief of the Section of Allergy and Immunology at Penn Medicine. “We are grateful and honored to be selected as a WAO Center of Excellence in recognition of the outstanding clinical care and innovative research at Penn Medicine and CHOP by dedicated faculty, nurses, staff, researchers and administrators.”

The Division of Allergy at CHOP provides comprehensive evaluation and treatment of allergic diseases and asthma. It is one of the largest pediatric allergy groups in the region, caring for patients from the Philadelphia area and beyond. The Division sees patients with all aspects of allergic and immunologic issues and its faculty has helped formulate many of the national guidelines used by physicians around the country and around the world. Division staff support laboratory, translational and clinical research in allergic disorders and regularly participate in efforts to bring new medications and therapies to patients.

The Section of Allergy and Immunology at Penn, part of the Division of Pulmonary, Critical Care and Allergy and Immunology, strives to provide comprehensive and compassionate care of patients with a broad spectrum of allergic and immunologic disorders. Research areas in the Section of Allergy have included drug allergies, asthma and health care disparities.

Over the past 30 years, Penn physicians and scientists have participated in many important discoveries, including: the first general vaccine against pneumonia, the introduction of total intravenous feeding, the development of magnetic resonance imaging (MRI) and other imaging technologies and the discovery of the Philadelphia chromosome, which revolutionized cancer research by making the connection between genetic abnormalities and cancer. With more than $900 million in annual R&D expenditures, Penn is one of the nation’s top research universities, not only generating important new knowledge in the fields of medicine, technology, business, science, and beyond, but applying this knowledge to improve the lives of individuals and communities at home and around the world.

Its pediatric research program is among the largest in the country. In addition, its unique family-centered care and public service programs have brought the 546-bed hospital recognition as a leading advocate for children and adolescents. For more information, visit http://www.chop.edu

The Perelman School of Medicine has been ranked among the top five medical schools in the United States for the past 20 years, according to U.S. News & World Report’s survey of research-oriented medical schools. The School is consistently among the nation’s top recipients of funding from the National Institutes of Health, with $392 million awarded in the 2016 fiscal year.

The University of Pennsylvania Health System’s patient care facilities include: the Hospital of the University of Pennsylvania and Penn Presbyterian Medical Center which are recognized as one of the nation’s top “Honor Roll” hospitals by U.S. News & World Report Chester County Hospital; Lancaster General Health; Penn Wissahickon Hospice; and Pennsylvania Hospital the nation’s first hospital, founded in 1751. Additional affiliated inpatient care facilities and services throughout the Philadelphia region include Good Shepherd Penn Partners, a partnership between Good Shepherd Rehabilitation Network and Penn Medicine.

Penn Medicine is committed to improving lives and health through a variety of community-based programs and activities. In fiscal year 2016, Penn Medicine provided $393 million to benefit our community.