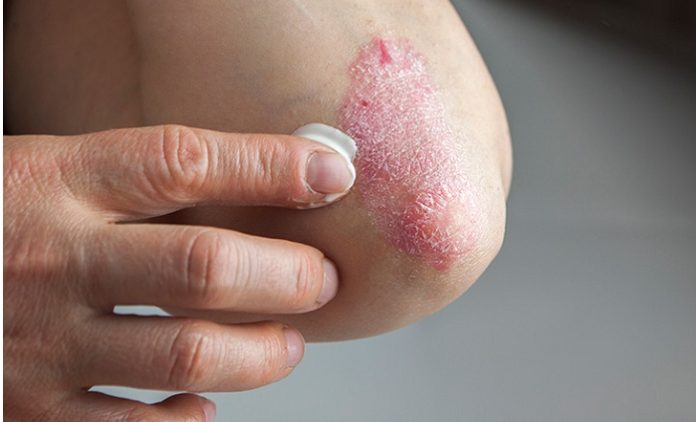 Abnormalities in the skin have become pretty prevalent today. Call it a chronic condition or an occurrence that takes place instantly, human skin is known to be susceptible. Eczema, as we all are aware is one such human skin condition which is often found in babies or young children & can gradually disappear with time. On the other hand, Psoriasis is another skin condition that causes a rapid build-up in skin cells. It is a result of the increase in the skin’s production process.

Eczema & Psoriasis can appear to be similar but are fundamentally very different. Eczema may cause a very intense itching while the burning is very mild in the case of Psoriasis. It can well be taken into account that Eczema usually occurs in the back of the knees or inside of the elbows whereas Psoriasis occurs on the scalp, elbows, knees, buttocks, and face. It is often found out that sunshine isn’t effective in Eczema but when it comes to Psoriasis, it has shown positive results.

Eczema has a scaly red appearance. Psoriasis has quite a distinct, raised look.
Children tend to experience Eczema more than adults. However, psoriasis is more common in adults.
Eczema does not cause any joints to swell while Psoriasis causes joint stiffness as well as swelling.

Once the skin is observed and related questions are asked about the family history and past medical condition, one can get to analyze Eczema. A patch test may also be conducted to conclude whether the itchy rash is caused due to an external condition or an allergy. Psoriasis is diagnosed with the aid of a visual examination. In some cases, a small piece of skin can also be removed for laboratory testing. Genetic testing is also conducted in a few cases to differentiate between the diseases.

Eczema is considered to be persistent. One may have to go through various treatments for months before ending up getting it eradicated. In case regular moisturizing doesn’t help, one may look to apply bacterial creams, or even take oral drugs. In a case of severe Eczema, one may also take an option to get injected by injectable biologic.

The treatment in Psoriasis is intended to stop the skin cells from growing rapidly. Some of the most looked into options for treating this condition include Creams & Ointments (Topical Therapy), Light Therapy and Oral as well as Injectable Medication.