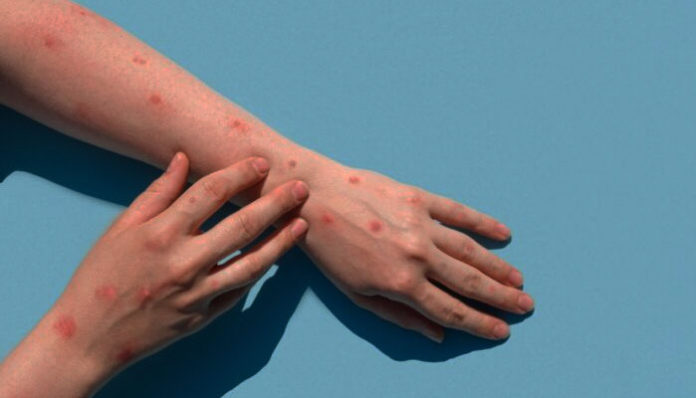 Regarding the multi-nation monkeypox outbreak, the WHO Director-General agrees with the recommendations made by the IHR Emergency Committee and, at this time, does not find that the situation represents a Public Health Emergency of International Concern (PHEIC).

Through postings on the Event Information Site, the WHO Secretariat has informed the States Parties to the IHR of this event on May 11, 2022. These postings seek to educate preparation activities, increase public knowledge of the scope of the outbreak, and give access to technical advice for the immediate public health measures advised by the WHO Secretariat.

As the level of alert for States Parties to the IHR and the global public health community increases, the formation of an IHR Emergency Committee shows a demand for more aggressive public health responses to this incident.

The Chair, Vice-Chair, and members of the IHR Emergency Committee, as well as its Advisers, deserve nothing less than the WHO Director-profound General’s gratitude.

The Chair and Vice-Chair of the Emergency Committee, along with other members and advisers, met in person and through Zoom teleconference. The attendees were greeted by the WHO Secretariat. The Office of Legal Counsel Representative explained to the members and advisers their tasks and functions while also outlining the Emergency Committee’s mandate in accordance with the pertinent IHR articles. The Members and Advisers received a review of the WHO Declaration of Interests procedure from the Ethics Officer from the Department of Compliance, Risk Management, and Ethics. The Members and Advisers were informed of their individual duty to promptly notify WHO of any private, professional, economic, intellectual, or economic interests that might result in a real or perceived conflict of interest. They were also reminded of their obligation to keep meeting topics and the committee’s activities confidential. They surveyed each member and adviser. No apparent potential conflicts were found.

The election of the committee’s officers was then assisted by the Principal Legal Officer in accordance with the emergency committee’s functioning rules and procedures. By unanimous vote, Dr. Jean-Marie Okwo-Bele, Prof. Nicola Low, and Dr. Inger Damon were chosen as the committee’s chair, vice-chair, and rapporteur, respectively. The meeting was then turned over to the chair, who gave a brief overview of its goals: to share opinions with the WHO director-general about whether the incident qualifies as a public health crisis of global significance and, if so, to share opinions on potential short-term recommendations.

The WHO Director-General welcomed the attendees and the committee’s suggestions for the occasion via video.

The WHO Secretariat highlighted the worldwide epidemiological situation, emphasising that 3040 cases have been reported to WHO from 47 countries since May 2022’s first day. Many nations that had not historically reported cases of monkeypox are now experiencing transmission, and the WHO European Region is now reporting the largest number of cases. Initial monkeypox cases, found in multiple nations across various WHO regions, lacked any epidemiologic ties to regions that had previously reported monkeypox, indicating that undiscovered transmission may have been present in those nations for some time. Males make up the majority of verified cases of monkeypox, and the majority of these cases affect gay, bisexual, and other men who engage in male-to-male sexual activity in densely populated urban settings.

A asynchronous rash that emerges before the onset of a prodromal phase and a few lesions that are localised to the genital, perineal/perianal, or peri-oral area characterise the clinical presentation, which is frequently atypical. There have only been a few hospital stays thus far, and one immunocompromised person’s death has been documented. According to some preliminary studies, the reproduction rate is 0.8 or more than 1 amongst cases that identify as men and have intercourse with men. Between 4.2 and 17.3 days, the reported cases’ incubation periods ranged from 4.2 to 8.5 days on average (based on 18 cases in the Netherlands). At least nine of the 10 documented cases of infection among healthcare professionals were not related to their jobs.

The Committee was given updates on the epidemiological conditions in Canada, Nigeria, the Democratic Republic of the Congo, Portugal, Spain, and the United Kingdom, as well as the ongoing response initiatives in their respective nations. The draught WHO Strategic Plan for the Containment of the Multi-Country Monkeypox Outbreak was then provided by the WHO Secretariat. The strategy underlined the need for a robust, flexible, and cooperative approach, with a special emphasis on educating the public, empowering impacted population groups to adopt protective behaviours based on the dangers they face, and halting the spread of monkeypox inside those groups.

The WHO Secretariat also provided technical advice on the following topics: improved surveillance; isolation of cases; contact identification and monitoring; strengthened laboratory and diagnostic capabilities; clinical management and infection prevention and management initiatives within health care and community settings, such as care pathways; engagement with affected population groups; and engagement with the affected population.

After the presentations, the Committee was summoned to a private meeting to discuss whether the event qualifies as a PHEIC or not, and if it does, to evaluate the Temporary Guidelines that the WHO Secretariat had prepared in compliance with IHR guidelines. The WHO Secretariat alerted the Committee Members of their duties upon the Chair’s request and referred to the IHR definition of a PHEIC as follows: an extraordinary event that poses a risk to the public health of other States via international transmission and that may call for a synchronised global reaction.

The Committee was worried that response efforts would be further hampered by the potential for worsening the stigmatisation and violation of affected population groups’ human rights, such as their privacy rights, the prohibition of discrimination, and their right to good physical and mental health. In addition, some Committee members asserted that regulations, guidelines, and procedures that criminalise or stigmatise consensual same-sex behaviour by government or non-state actors impede access to health care and may impede response interventions. These views were expressed for the protection of the public health.

For a more thorough evaluation of the public health risk posed by this event, additional knowledge is urgently needed in the following areas: transmitting modes, the full range of clinical presentation, the contagious period, reservoir species and possibilities for reverse zoonoses, the potential of viruses, access to vaccines and antivirals, and their effectiveness in humans. The Committee understood that monkeypox is endemic in some areas of Africa, where it has been known to cause illness, such as fatalities, for decades. It is also understood that the reaction to this outbreak is required to act as a catalyst for enhanced efforts to combat monkeypox in the long run and access to necessary supplies globally.

The Committee noted that the current multi-country outbreak has many distinctive properties, such as the occurrence of cases in nations where monkeypox virus flow had not previously been documented and the observation that the majority of cases are seen among men who have sex with young men who have not previously received the smallpox vaccine. Given the low level of public immunity to poxvirus infection, some Members stated that there is a potential for continued, sustained spread into the wider population that should not be disregarded. The Committee further emphasised that for years, nations in the WHO African Region had ignored and C.

The Committee also highlighted that while there hasn’t been enough time to assess the effectiveness of these activities, the response to the outbreak necessitates coordinated international efforts and that such activities have already begun in a number of high-income countries that are suffering from outbreaks. Despite several members’ differing opinions, the committee decided by consensus to inform the WHO Director-General that the epidemic should not yet be considered a PHEIC. The Committee did agree that the situation was urgent and that strong reaction measures were needed to prevent the outbreak from spreading further. Once further information about the current unknown factors is available, the Committee urged that the event be closely followed and reassessed in a few weeks to see if any substantial changes have happened that would necessitate revising their guidance.

The Committee believed that one or more of the following should trigger a review of the incident: Proof of significant dispersion to and within other countries, or substantial growth in number of cases and spread in endemic countries; occurrence of cases among sex workers; proof of a rise in the amount of growth of reported cases within next 21 days, both among and beyond the population groups currently impacted; increase in the number of cases in vulnerable groups, such as immunosuppressed people, including those with poorly controlled HIV infection, pregnant women, and others. The Committee further recommended to the WHO Director-General that in order to provide the necessary support through bilateral, regional, or multilateral channels and in accordance with the spirit of Article 44 of the IHR, governments should work together with WHO.