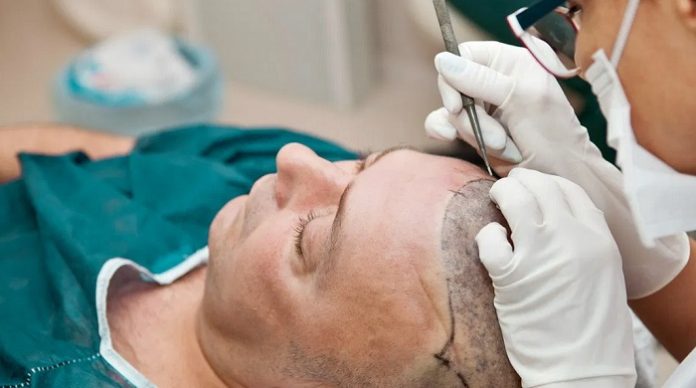 What causes curly hair? The simple answer is genetics. Curly hair is classified as a dominant gene; thus, it tends to express itself with more vehemence than many other genes a host may be carrying. Having said that, science has managed to develop a few other theories about what makes hair follicles curl. One postulation states that the curls are caused by a greater number of hair cells on the convex side of the follicle, while a lesser amount makes up the concave side. Fewer cells create a shorter edge, which draws the follicles inward, resulting in a curl. Another theory goes that different lengths of cells on either of these sides—concave and convex—create curls. Whatever the case, people with curly hair are often the subject of envy by their peers.

But just like people with straight hair, curly-haired folk can suffer from pattern baldness, or a thinning out on the scalp. The good news is that they can also receive successful curly hair transplant treatment should they choose to go that route. Modern techniques in follicular unit extraction (FUE) have made this once difficult procedure far more promising to carry off.

How Does Curly Hair Differ From Straight Hair?

Speaking from the perspective of a transplant surgeon, the donor area in back of a curly-haired person’s head normally won’t carry the reserves of one with straight hair. Or in other words, fewer donor follicles exist for harvesting. Then again, the volume of curled hairs is almost always higher, resulting in at least a partial compensation for the shortage. Also, the low, straight hairline of many curly-haired individuals used to be challenging to reproduce, though not so much anymore. Since its discovery in 1988, FUE has undergone many breakthroughs. Among them lies the treatment for curly hair.

How Can You Get A Hair Transplant With Curly Hair?

One tricky thing about this procedure is the angle of each follicular unit. On the scalp surface, a surgeon will perceive it as moving in one direction, while just beneath, the angle changes, forming a shape that resembles the letter C. Because of this, it’s very important for the surgeon to approach the follicular unit in such a way as not to cause damage. African-Americans almost always have these C-shaped units, but for anyone with curly hair, surgeons can expect to encounter this unique trait.

There are many surgeons that are well experienced with curly hair transplants. We start with a hair and scalp analysis, determining density and overall thickness, as well as just how much further the patient’s hair loss will progress. This last gives us an accurate portrayal of the treatment area.

Next we move on to possible donor areas. These could come from in back of the head or other parts of the body, such as the beard, back, or chest.

In addition to careful extraction of C-shaped follicular units, great care must also be taken with insertion of sensitive FUE grafts. Our own Mohebi Implanter makes curly hair transplants easier by reducing unneeded interaction with the grafts while using less force upon them during the entire process.

If you have curly hair that is thinning and are worried about becoming bald, schedule an appointment with hair transplant surgeon. You’ll begin with a consultation with one of our surgeons. The surgeon will examine your condition and develop a plan to turn things around. The procedure itself takes from 6 to 8 hours. It’s performed under sedation and local anesthesia. After the procedure we monitor your condition with follow-up appointments.