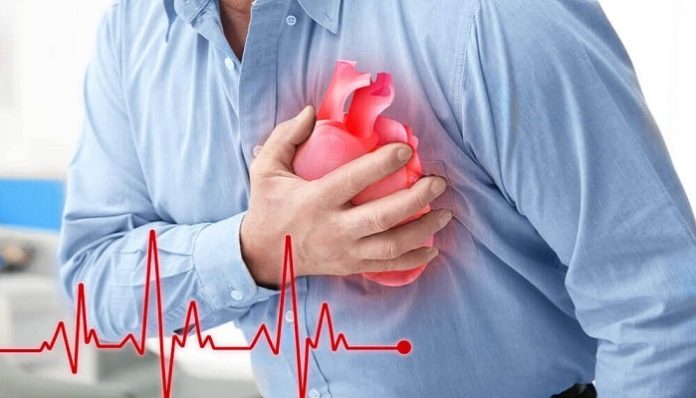 David Johnson is experiencing another chance at life two years after he went from working out and enjoying life to sudden problems.

He said he was uncharacteristically tired then start sweating – a lot. His brother called 911 and as David walked outside to meet the paramedics he remembers sitting down in the ambulance and nothing else.
Sponsored Links
Is your kid aged 4-6? Get them Personalized Reading Classes. Free Demo Class!Vedantu SuperReaders | Online

“Sat on the cot in the truck and I was out,” he said.”Four days later and I woke up in the hospital.”

David had a heart attack and cardiogenic shock. His heart couldn’t pump sufficient blood to vital organs and David died – for at least a moment.

“I wasn’t apparently dead not very long,” he said. “They did the right things and got my heart started.”

David can tell his story because of a protocol developed by cardiologists at Henry Ford Hospital using a device called Impella Heart Pump. Henry Ford Health System’s Dr. William O’Neil was the principal investigator for the study.

“We’ve used a device that’s been approved by the FDA it goes in from the leg and goes into the heart. It helps the heart pump while we can restore blood flow to the heart,” he said.

“And allows us time to sufficiently open the heart blockage and allows us ideally to recover the heart,” said Dr. Babar Basir.

Cardiologists started working to develop this procedure back in 2005 and it’s now a game-changer for countless suffering from heart attacks including some like Johnson.

“We’ve actually had 34 patients who were basically dead. We were pounding on the chest and doing chest massage while we were putting the catheter in and 70% of those people survived and literally they would have been dead without this therapy,” Dr. O’Neil said.

Cardiologists at Henry Ford are working to extend this knowledge to hospitals outside their system.

“We had hundreds of places around the world that implemented the best practices that we discussed and they getting good outcomes throughout their own countries,” Dr. Basir said.

Johnson’s heart is working so well for now that he’s opting not to have a heart transplant and says he’s grateful to the doctors and this medical procedure and is back to doing what he loves.

“I’m still working on the old house,” David said. “I still exercise all the time. I think they just needed to tweak me a little bit.”