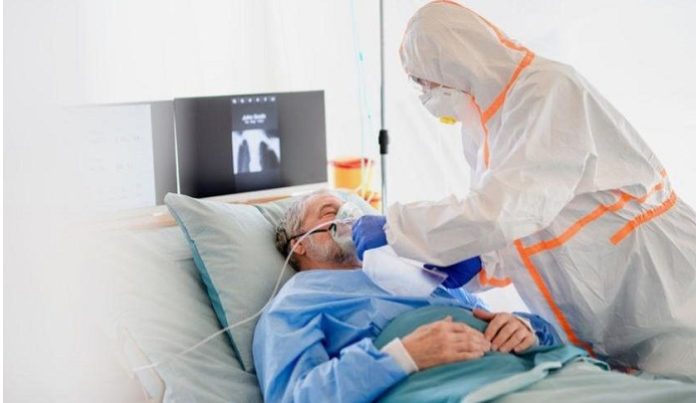 Prone positioning, a technique shown to improve outcomes in patients with acute respiratory distress syndrome (ARDS), a syndrome linked to common conditions such as pneumonia, sepsis, trauma, is not used frequently enough for treating patients with ARDS due most likely to misunderstandings or a lack of knowledge about the technique, according to the Perelman School of Medicine at the University of Pennsylvania. The researchers say that more clinical education about the latest research regarding the technique, adjusting staffing to more easily implement prone positioning, and facilitating identification of eligible patients may lead to greater use—and possibly better patient outcomes—in intensive care units. The findings were published today in Annals of the American Thoracic Society.

ARDS, characterized by fluid in the lungs which causes shortness of breath and rapid breathing, is commonly triggered by severe cases of pneumonia or injury. Most recently, it’s been linked to COVID-19.

At the start of the pandemic earlier this year, ICU leaders worked to refine and implement strategies—like instruction and resources on the benefits and proper use of prone positioning, and designated teams to assist in moving patients—to increase the use of the technique, which became essential, as ARDS is a feature of severe COVID-19. Prone positioning became one of a few supportive measures that had the potential to improve outcomes.

“Since we are in the midst of a pandemic, our team did not want to just identify issues that needed to be addressed, but we wanted to also work with clinical leaders to make changes that could result in better patient recovery,” said Meeta Prasad Kerlin, MD, MSCE, an assistant professor of Medicine and a Pulmonary Medicine specialist at Penn.

Prone positioning for patients with severe ARDS has been proven in a randomized trial to improve mortality – cutting it in half from more than 30 percent to more like 15 percent.

“We don’t see a lot of interventions in critical care that are this effective,” Kerlin said. “But we realized during our study that although many people were aware of some benefits to prone positioning, there was a belief among many ICU clinicians that prone positioning was more of a ‘last-ditch effort’ and that other treatments, like incorporating other treatments such as ECMO, was a better alternative and should be tried first. While older research questions the usefulness of this technique, new studies have proven its effectiveness for patents with ARDS.”

Prone positioning requires carefully orchestrated movement of patients ultimately onto their stomachs, so extra staff is need to assist, and that can be difficult to find or nonexistent in busy ICUs.

With clear understanding of the barriers, researchers created strategies to increase prone positioning and make it easier to execute in ICUs. At Penn, educational tools were created to provide the latest information on the technique and how to properly do it, and ICU leadership guided their staff on best practices and encouraged its implementation. Penn leadership also created designated teams so clinical staff could call for extra help needed for positioning and moving patients, and system alerts that would recommend prone positioning on certain patients’ digital files were also implemented.

“My colleagues and I are confident that the strategies implemented at Penn can be done at other ICUs with the proper support from their hospital leaders,” said Kerlin. “Prone positioning is and should be top of mind when caring for ARDS patients with COVID-19.”