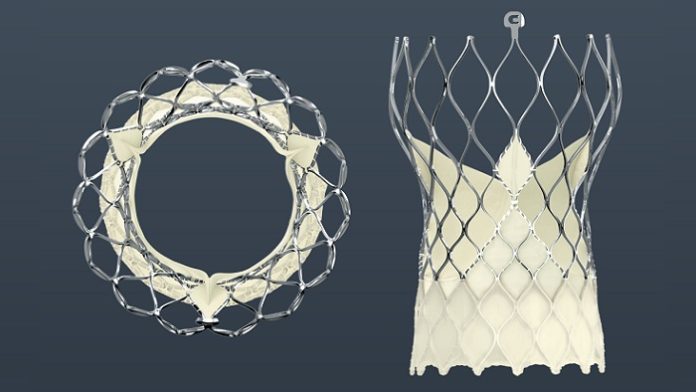 Enrolling approximately 700 patients globally, the study will evaluate valve performance in patients with small annuli and those who are candidates for TAV-in-SAV procedures (transcatheter valve implanted inside of a failed surgical valve), which combined, represent more than 40% of the global TAVR market. Due to its focus on small annulus patients, the SMART Trial will enroll predominantly women, which will provide important clinical insight into a currently underrepresented patient population in TAVR literature. The study includes pre-specified endpoints of hemodynamic (blood flow) superiority and clinical non-inferiority with the Evolut platform for mortality, stroke, or rehospitalization at 12 months.

“Hemodynamic performance is particularly important in many patients with aortic stenosis, including those with small annuli, surgical aortic valves needing a TAV-in-SAV procedure, patients with left ventricular dysfunction, and those who are young and most active. For many of these and other TAVR patients, valve design matters,” said Howard C. Herrmann, M.D., the John Winthrop Bryfogle Professor of Cardiovascular Diseases and director of interventional cardiology in the Perelman School of Medicine at the University of Pennsylvania, and principal investigator and chair of the Steering Committee of the SMART Trial. “The outcome of this important head-to-head study will allow heart teams to more selectively tailor clinical decision making to ensure the right valve is selected for the right patient.” Dr. Herrmann has received institutional research funding and financial compensation from Edwards Lifesciences and Medtronic.

The first enrollment in the SMART Trial is targeted for early 2021.

Medtronic also announced plans to begin a feasibility study of the Evolut™ TAVR platform to evaluate the self-expanding, supra-annular valve in patients with symptomatic moderate and asymptomatic severe aortic stenosis, new patient populations outside of current guidelines and indications for aortic valve replacement. The Evolut™ EXPAND TAVR I Feasibility Study, which has been submitted to the FDA for Investigational Device Exemption (IDE) approval, would enroll up to 150 patients across both subgroups and evaluate the use of TAVR in patients before signs of left ventricular dysfunction are observed, and will assess the clinical and hemodynamic performance of the Evolut TAVR system to inform future clinical work.

“Moderate aortic stenosis, if left untreated, can be just as deadly for patients as the more severe forms of the disease,” said Jeffrey Popma, M.D., chief medical officer and vice president, medical affairs for the Structural Heart business, which is part of the Cardiac and Vascular Group at Medtronic. “Limited clinical research has shown that early intervention may reduce the high rates of mortality often seen in these patients as the disease progresses further down the road. The outcomes observed from in this study will help shape our clinical strategy to pursue expansion of the therapy to new populations who may benefit.”

More than 2 million patients live with symptomatic moderate and asymptomatic aortic stenosis in the U.S., which represents more than 40% of the total AS population in the U.S. Moderate AS remains undertreated due to a lack of clinical evidence informing treatment guidelines, while asymptomatic AS is undertreated due to the absence of common symptoms that would indicate a heart valve problem, such as shortness of breath, fatigue, dizziness, chest pains or palpitations.

The Evolut TAVR platform – including the Evolut™ R, Evolut™ PRO and Evolut™ PRO+ TAVR Systems – is indicated for symptomatic severe AS patients across all risk categories (extreme, high, intermediate and low) in the U.S. In addition, bicuspid aortic valve patients across all risk categories may be candidates for TAVR in the U.S.