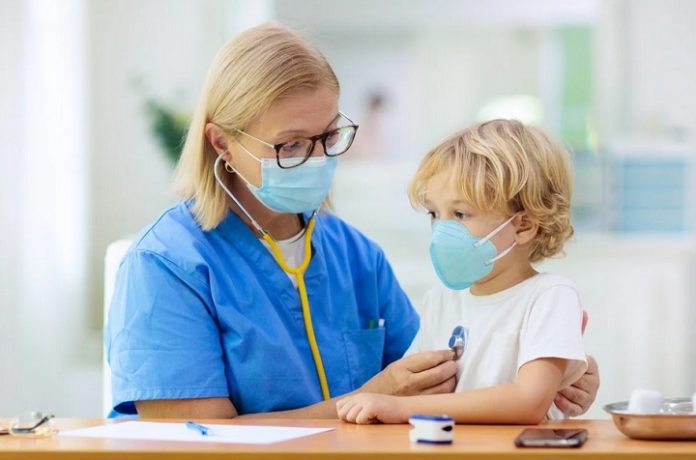 According to a recently conducted study in the US, a patch of severe COVID-19 on some children could lead to lasting neurological complications, which is a part of a very rare condition known as multisystem inflammatory syndrome-Children ( MIS-C). These neurological symptoms can range from headaches to difficulty falling asleep, brain fogging, daytime sleepiness, anxiety, and depression, all of which can continue for weeks to months, if not years.

Dr. Sanjeev Kothare, who happens to be Northwell Health’s director of the paediatric neurology division, says that he has seen these instances take place in 10% to 20% of COVID-stricken children. He adds that MIS-C can often go unrecognised and there is no specific treatment that exists for it. Children, as per him, are treated for specific issues and these issues mostly get resolved, although they may take time. Dr. Kothare advises that the best way to prevent children from having MIS-C is to get them vaccinated against COVID. With FDA almost permitting Pfizer dose In US for kids up to 5 years and Britain finally vaccinating its kids against the virus, the vulnerability of children should soon be taken care of.

In a scenario, if a child does get MIS-C, the parents have a huge role to play as they will have to first look out for the typical symptoms and, if at all, discuss them with the healthcare provider in order to receive an apt treatment and thereby decrease the effect to a significant extent, and that too, at a brisk pace. A study conducted by Dr. Kothare and his associates reviewed cases of 47 hospitalised COVID positive children, out of which 77% were suffering from neurological issues, 60% had psychiatric-related problems, and 77% were suffering from sleep symptoms upon being hospitalised. Before being hospitalised for COVID-19, the same lot had 15% suffering from neurological issues, while none of them had psychiatric problems. Only 7% had sleep issues.

As per the researchers, after twenty to twenty six weeks from getting discharged, 50% of the hospitalised children who were suffering from neurological issues continued to suffer from them, while 57% of those who were suffering from psychiatric problems could not lose them, and so did 42% of the ones having sleep problems. All these issues were more likely seen in those children who had to spend time in the ICU.

Associate Director of the Sleep Center at Philadelphia’s Children’s Hospital, Jodi Mindel, said that sleep issues, as expected, were a common occurrence during hospitalisation. But for her, what was even more striking was that one third of those hospitalised children continued to have sleep problems even months later. Mindel goes on to suggest that the parents of those sleep-deprived children must consult the primary care provider of the child or, if possible, look for help from a sleep specialist. According to her, there are certain things that will help get sleep back on track, like sticking to a standard sleep schedule, not napping throughout the day, and also avoiding anything that gives one sleep a miss in the middle of the night, the best example being that of screen time. The causes

of MIS-C because of coronavirus aren’t clear yet, but it is a fact that it can be serious. The US Centers for Disease Control and Prevention, however, confirm that most of the children diagnosed with this get better with time. Apart from causing mental problems, MIS-C can be a cause of inflammation as well in different parts of the body, such as the heart, lungs, brain, kidneys, skin, as well as other gastrointestinal organs.

Even just being in intensive care can cause many issues that are linked with MIS-C, says Dr. Guliz Erdem of Nationwide Children’s Hospital, Ohio. The kids end up going from being healthy to getting into the ICU and may, at times, have to face prolonged hospitalisations with multiple treatments.

Dr. Erdem further says that even if one ends up in an ICU for just a day, recovering from it can be an uphill task as the entire metabolism and nutrition are turned upside down. The entire situation of ending up in an ICU with attached monitors can have a depressing effect on children as it makes them anxious. She also advises that when the symptoms in children persist after being discharged, it is also better to let them ease back into their regular routine.

As per her, the best protection is getting jabbed against the virus, as she says having it is more effective than not having it, as even if one contracts the virus, the condition will not be as severe as what is seen in the majority of cases.