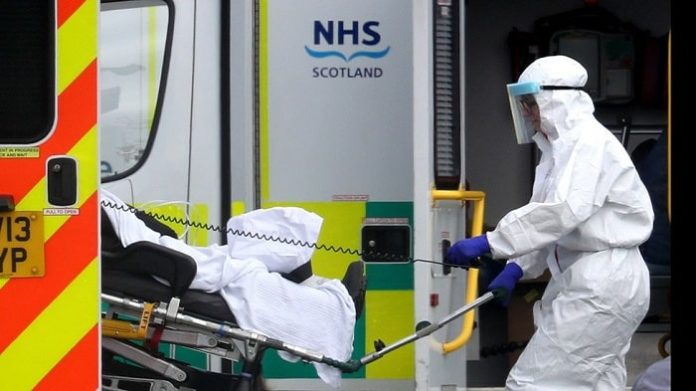 Local hospitals will be able to quickly activate surge capacity in the independent sector as part of the national COVID response, under a new deal announced today.

A three-month agreement with multiple independent healthcare organisations will see their staff and facilities put on standby to support the NHS should the Omicron variant lead to unsustainable levels of hospitalisations or staff absences.

The deal, which has been struck under direction from the Secretary of State, comes on top of the NHS creating additional capacity within its own hospitals.

Hospitals have been asked to identify areas such as gyms and education centres to create ‘super surge’ wards on top of their usual surge capacity.

Nightingale hubs are also being created in the grounds of some hospitals as part of the drive to create up to 4,000 ‘super surge’ beds.

The deal announced today will allow NHS Trusts to send a wider range of patients to the independent sector for treatment including those requiring some forms of cancer surgery and other care not normally delivered under existing arrangements.

The independent sector surge capacity would only be triggered if COVID patients requiring treatment were to threaten the NHS’s ability to provide urgent care.

“As part of this millions of patients have already got their tests and treatment quicker thanks to our existing deal with independent providers.

“With the high number of Omicron cases placing even greater pressure on hospitals now and over the coming weeks, this deal, struck under direction from the Secretary of State, means as many people as possible can continue to get the care they need.

“Just like the Nightingale hubs being created across the country, we hope never to need their support but it will be there if needed.

“The public can play their part in helping us to help you getting vaccinated against COVID – it is the best way to protect yourself, your family and your friends”.

Health and Social Care Secretary, Sajid Javid, said: “NHS staff continue to go above and beyond to ensure people get the treatment they need this winter and our support for the NHS through this challenging period remains at full throttle.

“This agreement demonstrates the collaboration across our health care services to create an additional safeguard that ensures people can continue to get the care they need from our world-leading NHS, whenever they need it.

“I encourage everyone to keep doing their bit to look after themselves and their loved ones and most importantly for all those eligible to Get Boosted Now”.

The NHS COVID vaccination programme, the biggest and most successful in NHS history, has delivered more than 113 million jabs including 40 million boosters.

At the same time NHS teams across the country have continued to deliver non-COVID care with almost 10 million people starting elective treatment between the start of March and the end of October 2021.

This is due in part to the existing nationally-negotiated arrangement with the independent sector which allows local hospitals and health groups to use their services at pre-agreed prices.

Independent sector capacity has been used extensively throughout the pandemic and currently overall use is at almost 115 per cent of pre-pandemic levels, including over 470,000 day cases, almost 2,800,000 surgical procedures and over 500,000 diagnostic tests in the last year.

The new deal with these independent sector organisations comes into effect from today (10 January) and will run until the end of March, at which point local arrangements with those providers will resume.

If NHS Trusts or systems need to trigger the surge element of the new deal routine services at an independent sector site will be suspended to make facilities and staff available to the health service.

If the surge capacity were to be used the NHS would seek to return to current arrangements, allowing independent sector hospitals to resume usual activities including treating NHS patients, as soon as possible.

“The arrangements being announced today, in response to a call by government and the NHS for further independent sector support during the Omicron wave of COVID-19, will help to bolster planned NHS care including cancer treatment this winter whilst ensuring that independent sector providers can continue to treat private patients.

“The arrangements will also provide the NHS with additional targeted support in the event that local NHS pressures are deemed as unsustainable”.