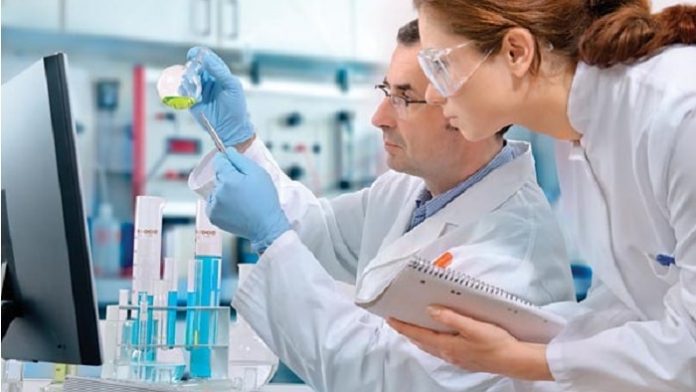 Multiple clinical trials have explored potential vaccines against HIV since the first reports of infection in the early 1980s, but HIV possesses numerous immune defences that prohibit a person’s immune system from creating an accurate response following HIV inoculation. The Vectored ImmunoProphylaxis (VIP) approach, developed by researchers at the Ragon Institute at MGH, MIT, and Harvard, and Massachusetts General Hospital (MGH), uses an adeno-associated viral (AAV) vector to transmit signals to muscle cells to churn out antibodies that block the virus. The method showed promise in a phase I clinical trial carried out by the National Institute of Health, which was recently described in Nature Medicine.

AAV vectors can safely transfer DNA to cells in humans, and two AAV-based genetic treatments have already been licenced by the FDA. The AAV vector used in this clinical trial contains the genetic sequence for a broadly neutralising HIV-1 antibody, which hinders HIV’s ability to connect to CD4, an immune cell protein that HIV targets before invading the cell. When the AAV therapy (called AAV8-VRC07) is injected into a patient, it inserts into the muscle cells, where the genetic pattern is perused and interpreted to produce large amounts of the broadly neutralising antibody (called VRC07), which is pumped out of the cells and travels through the blood to pursue their target. As a result, a large number of antibodies circulate that inhibit HIV’s interaction with the CD4 receptor on immune cells, thus blocking HIV’s entry into the cells.

Eight HIV-positive people who had been on stable antiretroviral medication for at least three months were enrolled in the phase I clinical research. The researchers discovered that injecting AAV8-VRC07 into the muscle was generally well tolerated. All eight people had detectable levels of VRC07 in their blood, with three of them having the highest levels. For up to three years, these quantities were steady and near their peak concentration in six people. (The trial is still continuing, and some volunteers have been followed for a shorter period of time than others.) Three of the eight participants had an anti-drug immune reaction directed against a component of VRC07, and this reaction appeared to reduce VRC07 synthesis in two of them.

This is the first successful AAV-based production of any monoclonal antibody in individuals, says Alejandro B. Balazs, PhD, co-author who created the vector used for the trial and is a lead researcher at the Ragon Institute of MGH, MIT, and Harvard, where his lab is continuing to develop this technology. It is also the first time they have got a method that can produce broadly antibody responses against HIV in humans, he adds.

The findings, according to Balazs, have far-reaching clinical implications for the prevention and treatment of HIV and other infections. The results show that the platform they developed is capable of establishing long-lasting antibody expression from a single dose. They may be able to develop efficient preventive medicines for a broad range of infectious diseases, from malaria to COVID-19, thanks to their capacity to encode any required antigen into these vectors. He confirms that this method could also be used to deliver other biologic medications to treat a variety of illnesses, ranging from autoimmune to cancer.

Balazs created the technology while a postdoctoral fellow at the California Institute of Technology in the laboratory of Nobel winner David Baltimore, PhD. The clinical research, which took place at the National Institutes of Health Clinical Center, was funded by the NIH’s Vaccine Research Center.