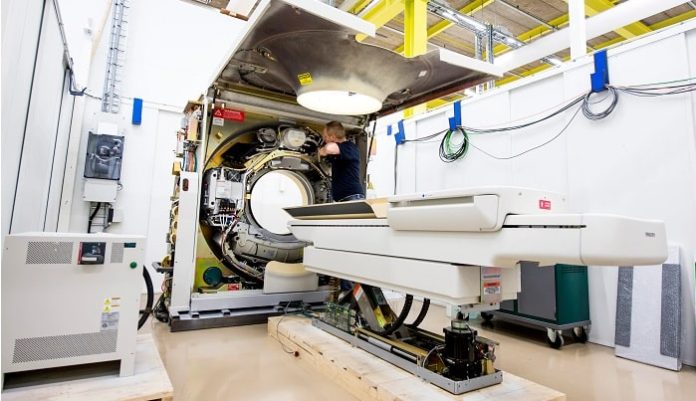 Royal Philips , a global leader in health technology, announced new milestones in its aim to make the world healthier and more sustainable through innovation. In collaboration with its partners, Philips aims to address pressing societal issues with a focus on the United Nation’s Sustainable Development Goals 3, 12 and 13 aimed at improving access to affordable care, the transition to a circular economy and actions on climate change. The company’s mission is to improve the lives of 3 billion people a year by 2030.

“Through innovation we can leverage the synergies between health and sustainability giving great opportunity to improve people’s lives,” said Frans van Houten, CEO of Royal Philips, in the run-up to Davos 2020. “Whether it’s empowering clinicians to improve patient outcomes or creating new business models and circular economy solutions to reduce healthcare’s carbon footprint, we know that achieving the scale necessary to make a global difference can only be done through inclusive stakeholder partnerships that create true end-to-end solutions.”

Recent milestones achieved by Philips in collaboration with its partners include:

SDG3: Ensure healthy lives and promote well-being for all at all ages

Half the world’s population still has no access to healthcare, while studies show that in many well-developed healthcare systems as much as 25% of health spending is wasteful. Philips is committed to co-creating high-quality affordable healthcare solutions in which resources are used in the most efficient and responsible way. In 2019, Philips’ products and solutions improved the lives of 1.64 billion globally, compared to 1.54 billion in 2018, and improved the lives of 194 million in underserved communities compared to 175 million in 2018.

Last Friday, Philips announced it has signed a new partnership agreement with the United Nations Population Fund (UNFPA) and the Republic of the Congo’s Ministry of Health & Population to reduce maternal and newborn mortality rates by 50 percent in the country’s health facilities over the next five years, especially in remote areas. The three partners will work together to develop a large-scale ‘Emergency obstetric and newborn care’ (EmONC) program that will reach more than 500,000 women and 70,000 newborns, improving access to high quality and affordable maternal, neonatal and child healthcare. The program benefitted from a high level meeting at WEF 2019 that galvanized the support for the initiative from a large group of stakeholders.

In the US, Philips partners with the US Department of Veterans Affairs (VA), The American Legion, and Veterans of Foreign Wars (VFW) to provide the equipment for virtual clinics within VFW and American Legion posts throughout the United States. The project allows US veterans to conduct virtual appointments with their VA providers without having to travel to a distant VA regional medical facility or outpatient clinic.

Philips is on track to deliver on the circular economy commitment it made at the 2018 WEF Annual Meeting that by 2020 the company will take back and repurpose all the large medical systems that its customers are prepared to return to it. With reverse logistics in place, adding a return flow from all major markets, the global roll-out of Philips’ product take-back and remanufacturing program is currently underway. Philips has also expanded its parts recovery activities, allowing the company to re-use more components.

Through co-chairmanship of PACE (Platform for Accelerating the Circular Economy), Philips CEO Frans van Houten is supporting the circular economy, helping the industry to formulate change, spearheading implementation, and assembling a coalition of like-minded companies prepared to make circular economy pledges. Eight new PACE reports were launched in 2019. PACE activities currently run across China, Southeast Asia, Europe, Latin America and North America, and its Leadership Group grew from around 50 in 2018 to over 70 global leaders in 2019. Last week, PACE announced that four new members are joining its board. Inger Andersen, Executive Director of UN Environment Program, Lisa Jackson, VP Environment, Policy and Social Initiatives for Apple, Ellen MacArthur, Founder Ellen MacArthur Foundation and Stientje van Veldhoven, Minister for the Environment and Housing for the Government of the Netherlands.

Earlier Philips announced that it has once again been placed on the CDP Climate Change A List [1], making this the seventh consecutive year it has achieved a CDP A-list ranking for its leadership in corporate climate action. Philips has been recognized for its actions during the last reporting year to reduce emissions, mitigate climate risks and develop the low-carbon economy.