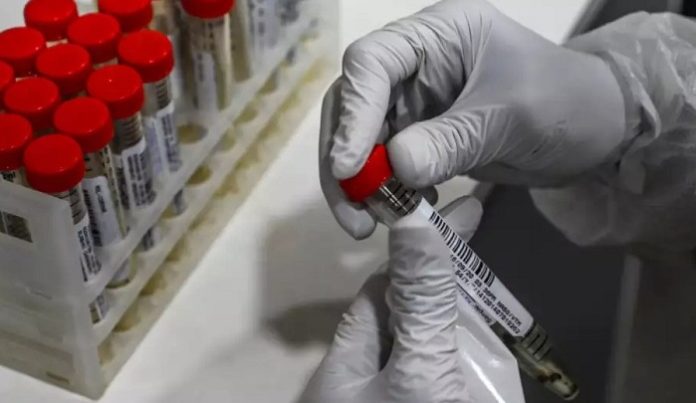 Reliance Life Sciences has developed an RT-PCR kit that promises diagnosis of Covid-19 infection in about 2 hours, company sources said.

At present, Covid-19 RT-PCR test, which is a real-time reverse transcription-polymerase chain reaction (rRT-PCR) test for the qualitative detection of nucleic acid from SARS-CoV-2, takes up to 24 hours to give a diagnosis.

RT-PCR kit is so far considered as Gold standard. The kit, developed by scientists at Reliance Life Sciences, is named R-Green Kit (SARS COV2-real-time PCR) and has been technically validated by ICMR for satisfactory performance, the sources said.

ICMR’s validation process does not approve/disapprove the kit design as well as it does not certify user-friendliness. The sources said the kit can detect the presence of E-gene, R-gene, RdRp gene of SARS COV2 virus with Actin as an internal control.

As per ICMR results, the kit shows 98.7 per cent sensitivity and 98.8 per cent specificity.

This kit is a complete indigenous development by the R&D scientists working at the firm, they said, adding one biggest advantage of this kit is that it is simple to use and uses readily available simple reagents and primers which can be synthesised in India.

The diagnosis time is approximately 2 hours, they added. A separate study by Reliance Life Sciences has indicated that the death rate for Covid-19 pandemic may significantly reduce by the end of 2020.

Statistical analysis showed an inverse correlation between the mutation rates of two proteins NSP6 and Surface glycoprotein (S) with the death rate, according to the study published in the Scientific Journal of Biology.

It has been predicted that mutations of these two proteins will grow constantly, while the death rate would drop below 0.5 per cent by end of 2020 in cluster I countries (India and Bangladesh).

In the study, it has been observed that the cluster II country (USA) mutation rate of NSP6 and S proteins are lower than cluster I and cluster III (Australia and NZ) countries.

Therefore, it has been proposed that in cluster II country the death rate of Covid-19 pandemic will weaken later than cluster I and III countries, the study says. Reliance also got a US patent for genetically modified microalgae that is said to defend/delay death.

The United States Patent on September 8 issued the patent.